This advice may be unsolicited, but it will help the All Progressives Congress (APC) leadership in the South West to avoid the pitfall of the past. Although our leaders claim they have learnt from their past mistakes, nothing so far shows they have learnt any lesson.

About a month ago, the South West leadership met with presidential aspirants in Lagos. The governors from the region were also in attendance. But from the events that followed subsequently, there was nothing to suggest that they reached any compromise other than mouthing that they all resolved that the slot must come to the region.

Until now there is nothing to suggest that the meeting said anything on the region’s preferred choice for the ticket.

But this evening, they must not leave the meeting without deciding on who they will be recommending for the ticket from the region. This, for me, is the only way to show unanimity of purpose and serious commitment to ensuring that the region is not shortchanged.

Only recently, one of the aspirants and Ekiti Governor, Dr. Kayode Fayemi, affirmed that the leaders would ensure the region produces the candidate.

Addressing party faithful in Osun, Fayemi urged the delegates in Osun to exercise unity of purpose in supporting “South-West agenda”, saying that victory for one was victory for all.

He continued: “For me, the victory of South-West means that we are all victorious, because there is no aspirant from the zone who is not eminently qualified. Our values have remained constant and we are leaders in the progressive movement.

On his relationship with Asiwaju Bola Ahmed Tinubu, he said: “It is important to dispel any insinuation that there is one big battle going on among us. This is not true. As a matter of fact, I told Asiwaju that I am coming here (to Osun) today. So, people should be careful not to inherit non-existent enemies. What is important is the progress of our people and the success of the South-West.

“If there is going to be any risk to the success of the South-West, I want to assure you that there will be a collective resolve. We are specially endowed to help our people and make a difference in Nigeria”, he added.

Today, is the day to make that collective resolve. In taking that decision, you must be frank among yourselves. Be brutally frank to one another on who best fits the bill, taking into cognisance alliances across the country, acceptability, capacity and ability to deliver.

Speak like brothers, and in the end forgive one another and move on. Above all, the progressives have an age-old tradition of resolving knotty issues that way. It was effectively deployed in deciding who should have the governorship ticket of the defunct Alliance for Democracy , AD, in Osun in 1999.

If, as leaders, you allow political actors outside of the region to take this decision for you, history will never be kind to you all. It is the hour of decision, and you must take that decision and prevail on all others to step down for that preferred choice.

Unless you resolve this knotty issue as leaders, you will be making the race a little bit difficult for the aspirants from the South West.

But if you zero in on one person, using the criteria listed above, I bet you, the region’s preferred choice will have the buy-in of other stakeholders from the rest of the South West States . And from the region, everyone will market him. It will reduce bickering and friction.

US is usually our standard measurements for electioneering and politics. If a Joe Biden and Donald Trump can run for the presidency at about age 70, then, age should not be a factor in deciding the preferred choice. At any rate, the PDP’s candidate is also in his 70’s.

Finally, if South West is desirous of producing first the Presidential candidate of the ruling APC, and subsequently the President of Nigeria, it must perish the idea of wanting all the aspirants from the region to go into the race at the same time.

I make these submissions in good faith as a reporter who has covered politics from the North for over two decades, a participant observer in the emergence of at least four presidential candidates and one desirous of a united South West. Where I have erred, may Allah forgive me, for perfection belongs to HIM alone. I rest my case for now.

Omipidan is a former Assistant Editor (Politics) with The Sun Newspapers. 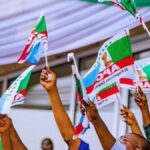 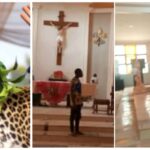 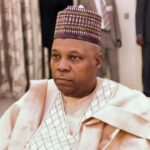 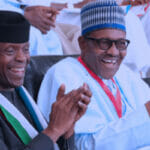 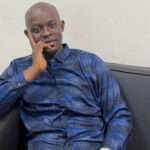 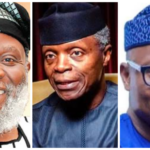 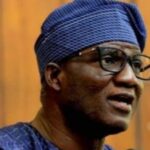 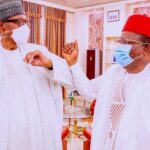