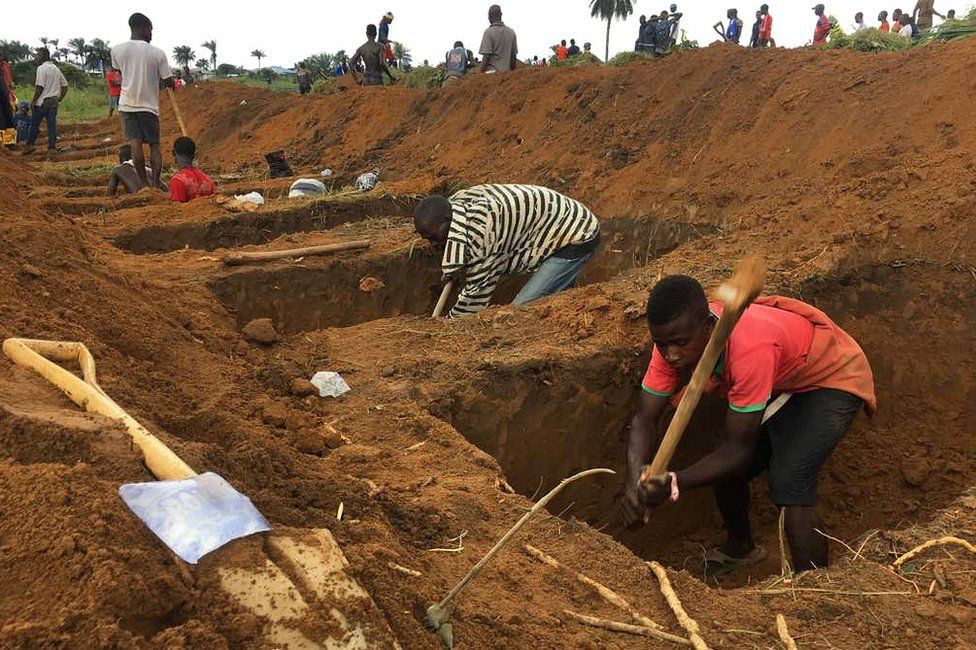 Authorities of the Diocese of Ondo have disclosed that 38 persons have so far been confirmed dead in the Sunday terrorists’ attack on St. Francis Catholic Church, Owo, Ondo State.

This was made known by the Diocesan Bishop, Jude Arogundade in an interview.

Recall that Gunmen had on Sunday attacked the church located on Owa-Luwa Street in Owo, the hometown of the State Governor, Rotimi Akeredolu, leaving many parishioners dead and several others injured.

But Arogundade said the diocese had been able to account for 38 victims.

He, however, said some families picked up corpses of their loved ones and those could not be accounted for by the diocese.

He said, “People have been asking me about the figure of those who died. The figure that we can account for presently is 38.

“But we know that many people were taken to private hospitals. Even some people came to take the bodies of their loved ones. We are trying to trace those people so that we can have a recount for all.

“But in the catholic hospital, which is St. Louis Hospital in Owo, and the Federal Medical Centre in Owo, we have 38 bodies.”

Meanwhile, a source in the church told The PUNCH that the diocese may consider mass burial for the victims of the massacre as some bodies had not been identified and claimed by their relatives since the incident happened.

The source, however, said a final decision has not been reached on the date and other burial arrangements.

He said, “There are plans to give mass burial to those who lost their lives in the Sunday attack. The decision was taken due to the nature of their deaths. So we have to bury them instead for them to just be in the morgue for a long time.

“Those that will be given mass burial are those whose bodies could not be identified by anyone. Definitely, when the necessary arrangements have been concluded, the church will notify the public on when the mass burial will be done.”

Meanwhile, Akeredolu said no fewer than 22 people were killed in the attack.

He said the attack affected 80 people out of which 22 lost their lives, while 56 survivors are on admission at the Federal Medical Centre, Owo, St Louis Hospital, Owo and the Owo General Hospital as well as some other private hospitals.