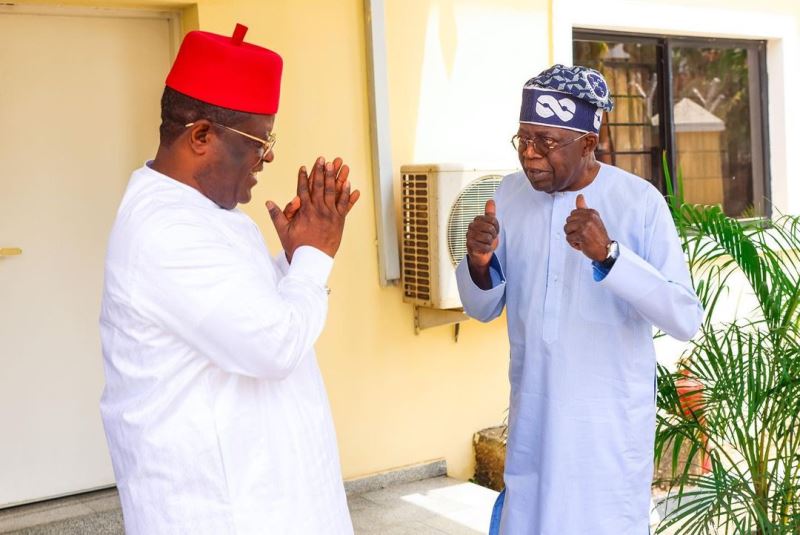 2023: Umahi congratulates Tinubu, vows to give him bulk votes in Ebonyi

Recall that the governor, who was also a contender for the seat of the President of Nigeria, was defeated by Tinubu who scored a total of 1271 votes.

In a statement signed and issued to journalists in Abakaliki, the Ebonyi State capital, Umahi vowed to mobilise support and give bulk votes that will ensure Tinubu’s victory in the forthcoming 2023 general election.

According to him: “I heartily congratulate the presidential candidate of our party, the All Progressives Congress, APC, Asiwaju Bola Ahmed Tinubu on his overwhelming victory in the just concluded presidential primary election.

“Let me assure you that the Ebonyi State chapter of All Progressives Congress, and I will support you, and all the candidates of our party in the 2023 general elections.

“Let me equally commend all aspirants and the APC National Working Committee for the smooth conduct of a fair presidential primary election.”

Umahi, however, tasked the national leadership of the ruling APC to come together and unite the force to ensure the victory of all the candidates of the party in the country.

“I encourage the leaders and members of our party to come together to support the party for a victorious journey in the 2023 election,” he stressed.