Robbery suspect rapes his boss’ wife, two other women at knifepoint in Katsina

20-year-old robbery suspect, Jume Bello, has been arrested by the police for raping three women including his master’s wife, at knifepoint in Musawa Local Government Area of Katsina State.

The State Police Spokesperson, SP Gambo Isah, who disclosed this in a statement on Thursday, June 9, said the suspect, entered the victims’ homes on different occasions, raped them and made away with their valuables.

“On the 31/05/2022 at about 0900hrs, three (3) women, all from Jikamshi village, Musawa LGA, reported at Musawa Division that at different time intervals, one Jume Bello, ‘M’, aged 20yrs of the same address, criminally trespassed into their houses attacked them with knife and robbed them of their money, handset and forcefully had unlawful carnal knowledge of the victims,” the PPRO stated. 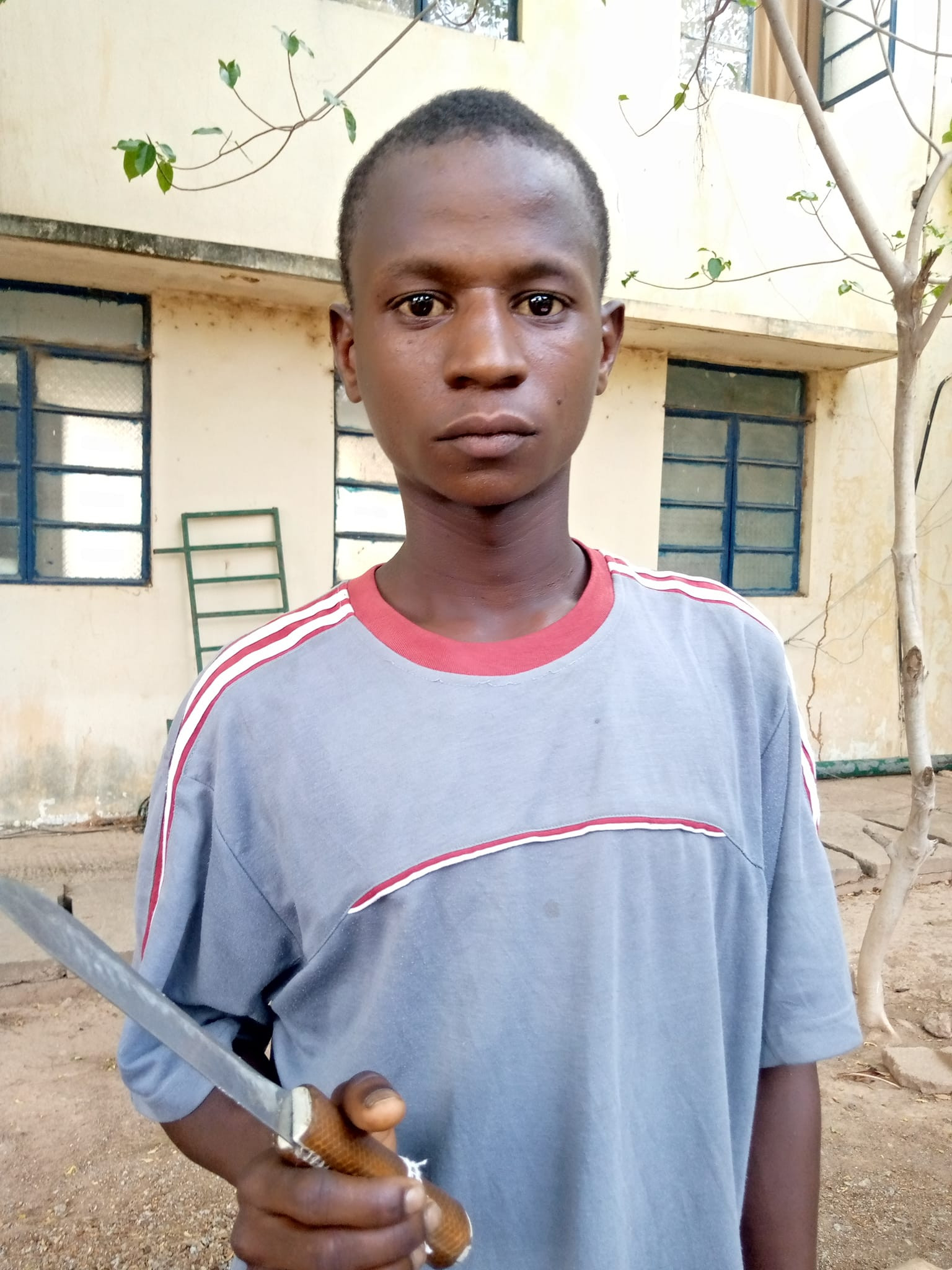 “In the course of investigation, the suspect was arrested and confessed to the commission of the offence. Investigation is ongoing.” he added.

In an interview with journalists, the suspect admitted to robbing and raping his master’s wife, a water seller.

“I also took some of her money and that of the rest of the women. I used a knife to scare them. I took one of them to the backyard and had sex with her while I had the remaining women on their wedding bed.” he said.