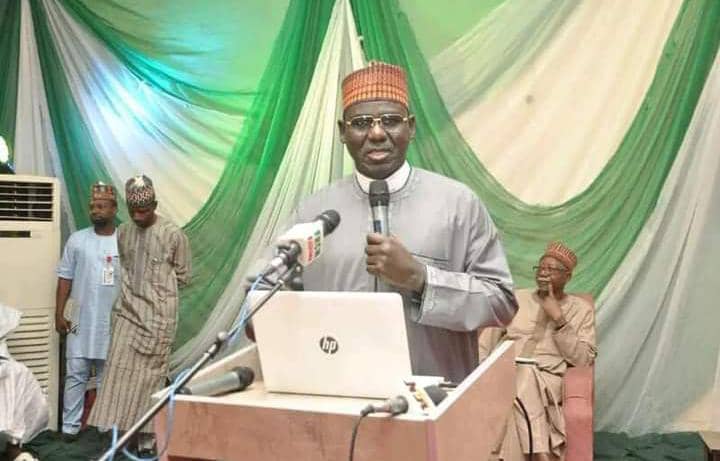 Former chief of army staff and current ambassador of Nigeria to Benin Republic, Tukur Buratai has stated that the federal government must establish its presence in ungoverned spaces to address banditry.

This was stated on Sunday by Buratai at a one-day symposium on national security, organised by Arewa House in Kaduna.

Speaking on the theme ‘Politics and Insecurity in Nigeria: Way Forward’, Buratai said there are various forms of insecurity in the country, such as insurgency in the north-east, banditry and kidnapping in the north-west, agitations in south-east and crude oil bunkering in south-south.

He also said there is a need for more involvement of stakeholders such as religious leaders, youths, teachers, women, civil society organisations, media, law enforcement, as well as the security and intelligence agencies.

Buratai also called for the adoption of a comprehensive and integrated approach to enable the entire society play key roles in tackling the country’s security challenges.

“There is a need for the public to be constantly sensitised and enlightened on their roles as stakeholders in the security architecture of the country through agencies such as the National Orientation Agency (NAO), among others,” he said.

“There must be a concerted effort by the government to see that there are no ungoverned spaces in this country.

“We must also focus towards non-kinetic measures that would aim at addressing the underlying root causes of insecurity, rather than treating the symptoms.

“Kinetic should also be employed to create conditions for negotiations, mediations and dialogue.”

He urged residents to consider security as a major ingredient in the country’s development, adding that it is a responsibility for all, and not only security agencies.

Buratai further said the revitalisation of the Defence Industries Corporation of Nigeria (DICON) would mitigate the challenge of lack of specialised equipment and platforms for the Armed Forces of Nigeria (AFN) to curb insecurity.

He said the objective is to train adequate and requisite skilled, as well as specialised, manpower, saddled with the responsibility of providing technical support in enhancing equipment production for the AFN.

“This is crucial in meeting the increasing equipment requirements of AFN to confront current and emerging security threats,” Buratai said.

“To achieve this, the ministry of defence, in collaboration with stakeholders, could put structures in place for adequate manpower training for DICON staff.

“This would further enhance their specialised manpower and increase their capacity for production of military hardware for the AFN.”

He further said the ongoing police reforms, procurement of modern platforms for intelligence gathering, and effective control of Nigeria’s accessible borders, would go a long way in achieving the desired security in the country.

On his part, Muhammad Abubakar, sultan of Sokoto, gave the assurance of the commitment of traditional and religious institutions to improved security.

Abubakar, who was represented by Bello Lafiagi, said people should ensure that they play their strategic roles, be prayerful and be each other’s brothers’ keepers, by exhibiting a high level of trust and compassion in promoting peace.