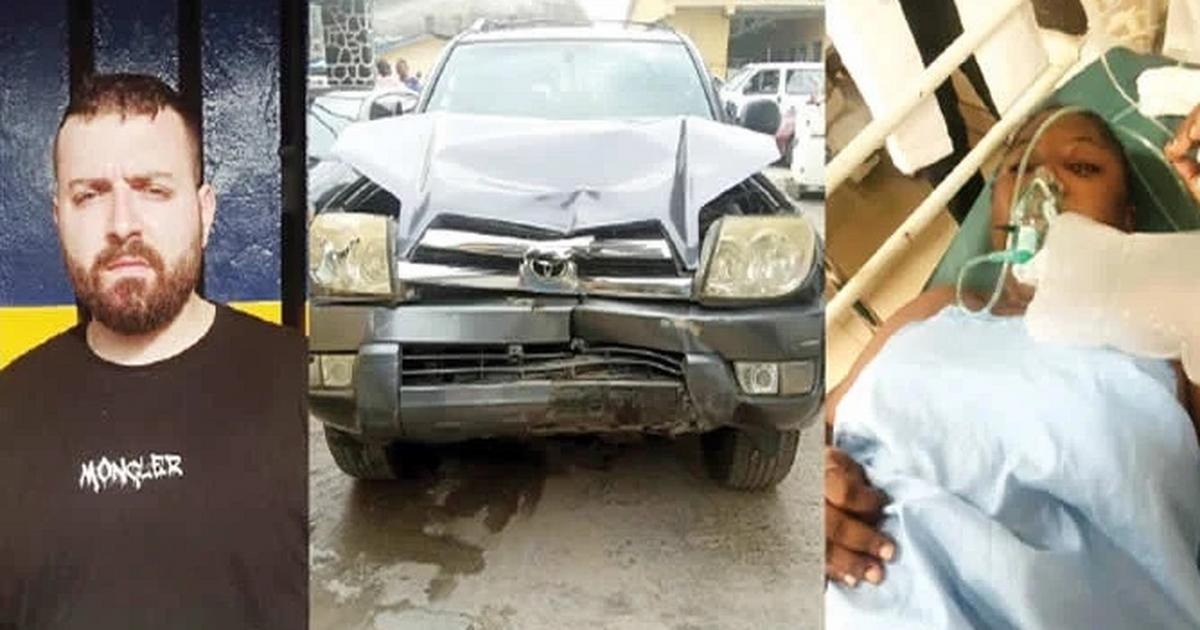 31-year-old lady, Omotola Akinsanya, who was knocked down by a Lebanese man while driving against traffic on May 4, has died.

The Lebanese man identified as John Greg was said to have been driving recklessly and against traffic on Sanusi Fafunwa Road, Victoria Island, Lagos, when he hit Omotola Akinsanya which resulted in serious injuries to her leg.

After hitting the lady, he fled but passersby and motorists gave him a hot chase, nabbed and handed him over to the police.

Omotola was rushed to the Lagos State University Teaching Hospital, LASUTH, where she had been undergoing treatment for the injuries she sustained.

Sadly, in an update given by her brother, Omotola passed away on June 9. 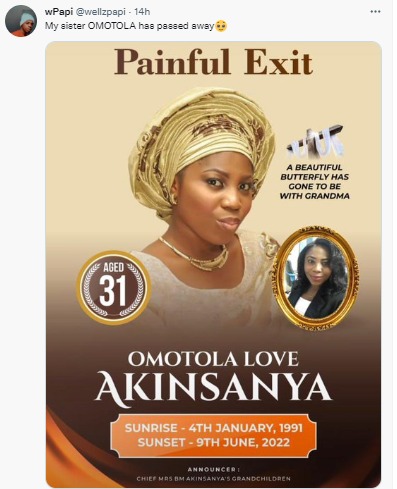