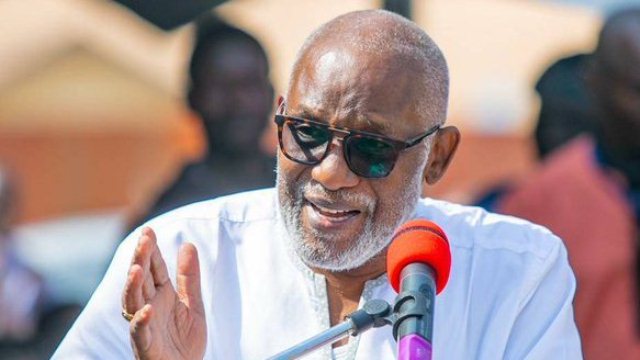 Ondo State governor, Mr. Rotimi Akeredolu  on Friday said his administration would continue to provide an enabling environment for investors with a view to develop the nation’s capital market sector.

Akeredolu stated this during the groundbreaking ceremony of Manuex place, which held at the four hectares construction site of former Owena chalets Motels, Alagbaka, Akure, the state capital.

The governor who called on investors to support the state through a security trust fund that would be launched soonest to fund security in the state.

Akeredolu said his administration is committed to create more job opportunities for the teeming youths and improve on infrastructure facilities in the state, saying this was one of the reasons the state decided to replaced the demolished Owena chalets Motels with an 8-floor hi-tec hotel.

Akeredolu said that the project was established on Public/Private Partnership (PPP) arrangement by the state government and MANUEX Place, a blue chip hospitality organization.

The governor said: “He assured me that I should not worry. I am sure you wouldn’t have started this if you have not had the means.

“You have shown government and private sector can collaborate. Oil industry has been clamouring for classy hotel where they can lodge and go from there to their oil fields which are closer to Akure and safe to flying from here to the locations.

“We don’t have enough hotels in Akure. Different e-bussiness have sprung up in the state capital. We are set to collaborate with private sector to improve the economy of the state.

“This project is done through PPP arrangement with a carefully drafted and signed MoU which took care of public interest.

The Managing Director/CEO of MANUEX Place, Jide Ipinsagba, said the edifice would have two helipads for shuttle services within the state, besides a banquet hall with 3320 seats and amusement park.

Ipinsagba, who is the candidate of All Progressives Congress (APC) for Ondo North senatorial district in the forthcoming general elections, revealed that the project is expected to reach completion in the next 18 months.

According to him, the policy of Governor Akeredolu-led administration in attracting investment to the state to create employment for youths led to the berth of the resorts, disclosing that the governor wooed him to replicate his business establishments in the state.

Ipinsagba, therefore, promised to establish replica of the resorts in the six local governments in Ondo North Senatorial District, though with lesser facilities in no distant time.