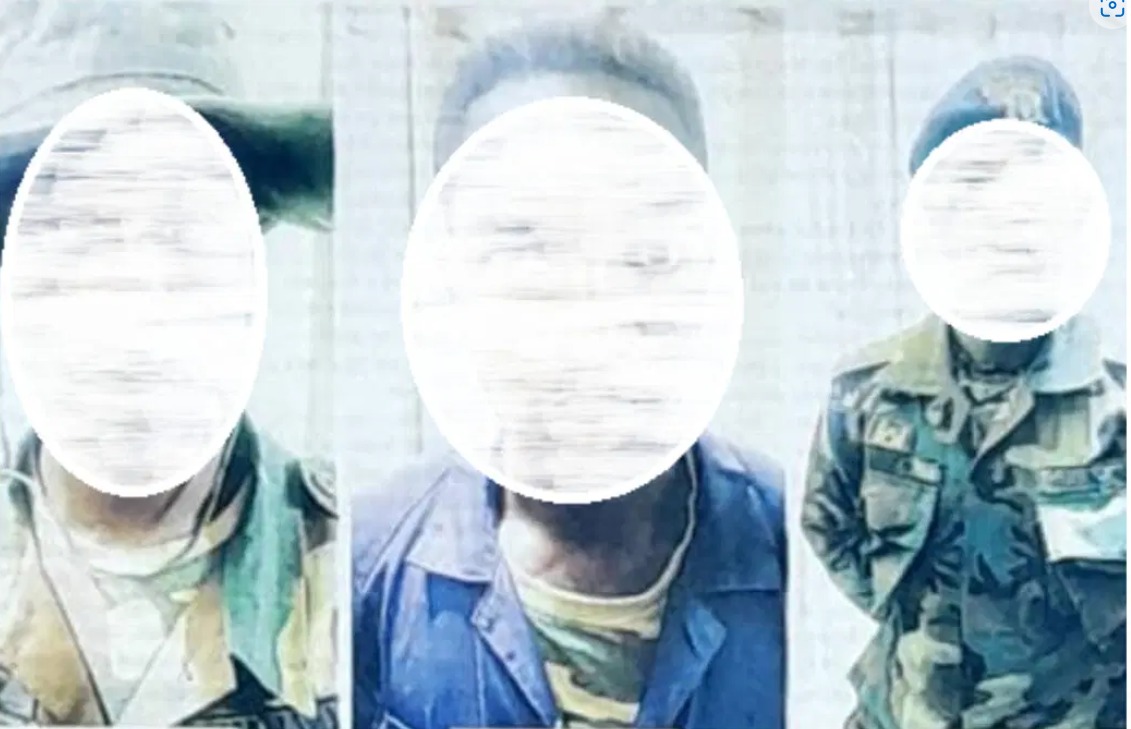 Operatives of the Ghanaian police have arrested three soldiers involved in a recent robbery operation in the country.

The soldiers identified as Yinsabilik Gabriel, Elikem Adams and Asiedu Stanley, reportedly participated in a robbery operation which took place at Nsakina near Amasaman in Ghana on June 4, 2022.

The soldiers alongside one Malik, scaled a wall into the residence of the complainant and robbed him and his friends of 8 different mobile phones, and forced him to transfer ?850 to a registered MTN number bearing the name Gabriel Yinsabilik.

Preliminary investigation led to the identification of the three military personnel, who were arrested by the military police and handed over to the Amasaman District CID.