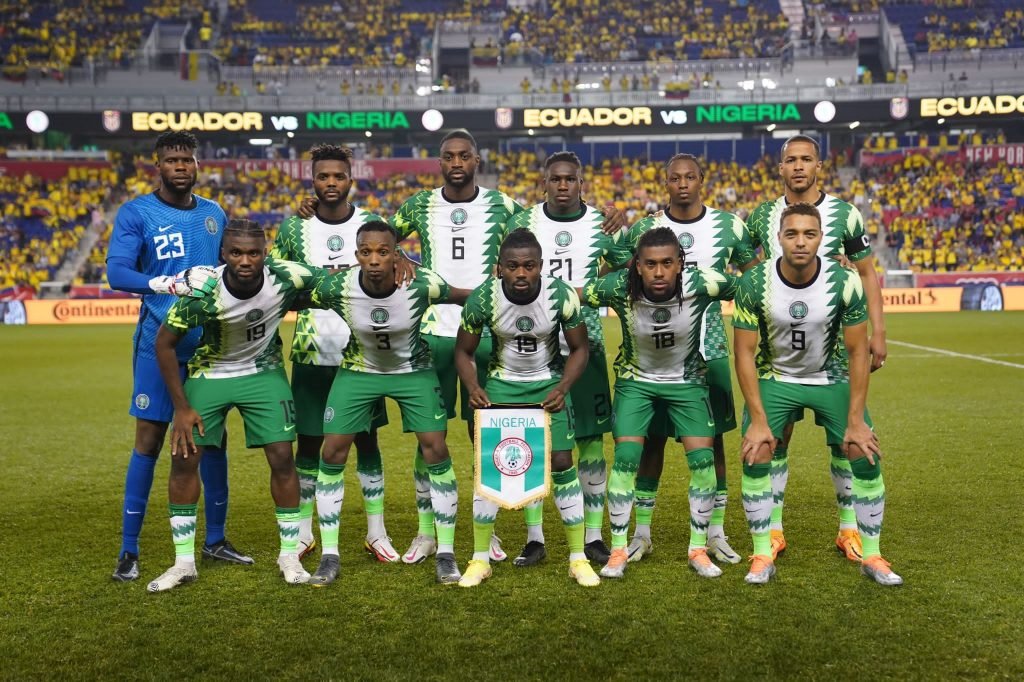 The Super Eagles of Nigeria dropped to 31st position in the latest FIFA/Coca-Cola World Ranking released on Thursday.

The latest men’s ranking was published on FIFA’s official website.

In Africa, the Super Eagles now occupy the fourth spot behind Senegal, Morocco and Tunisia, who are first, second and third respectively.

Sierra Leone who lost to the Eagles in the 2023 AFCON qualifiers, dropped to 113th while Guinea-Bissau remained in 115th.

São Tomé and Principe, who lost 10-0 to the Eagles in the AFCON qualifiers, dropped to 187th spot.

Argentina moved up one place to third, replacing France who are now in fourth position and England are non movers in fifth.

Spain are in sixth, Italy seventh,Netherlands in eight, Portugal in ninth spot and in number 10 it a Denmark.

The next FIFA/Coca-Cola World Ranking will be published on 25 August 2022.