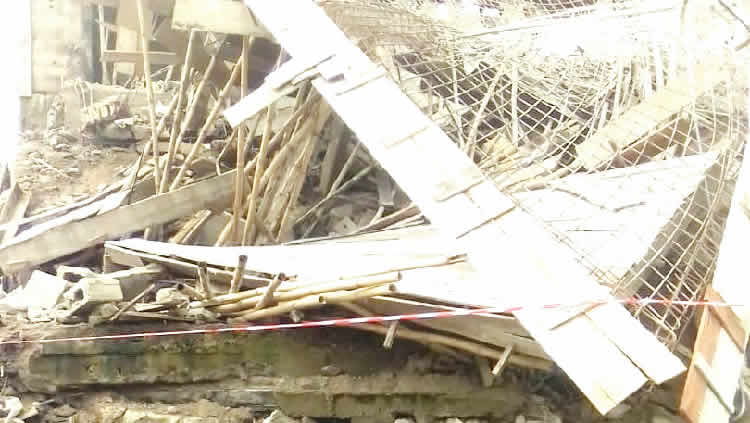 A three-storey building has collapsed in Amacha community, Okpanam, in the Oshimili North Local Government Area of Delta State.

The building, which was under construction, collapsed on Wednesday night during a downpour in the area after the workers had left the site.

According to PUNCH, an eyewitness, who did not identify himself, said that the building collapsed after the workmen left the site.

“As they were coming to site this morning (Thursday) to continue their work, they saw that the building had collapsed,” he added.

The source noted that a few people around the building at the time of the incident sustained minor injuries.