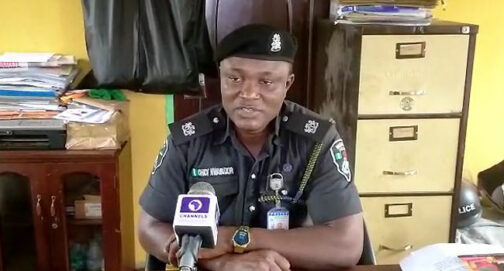 Dr. Chiamaka Ogbonnaya, a pediatrician and medical doctor from Edo state, has been detained by the police on suspicion of assaulting and battering her housemaid.

The victim, Comfort, a Junior Secondary School 2 student, was accused of being regularly abused by the suspect, who is employed by the Irrua Specialist Teaching Hospital (ISTH), Edo State.

The doctor was accused of repeatedly hitting the girl’s rib cage with a cane, mopping stick, and whatever else she could lay her hands on.

She was also charged with letting her leave the house and feeding her only raw rice for a week.

The doctor was taken into custody, according to SP Chidi Nwabuzor, spokesman for the Edo Police Command.

He said: “Dr Ogbonayan Chiamaka of Irrua Specialist Teaching Hospital was actually arrested by Irrua Division on the alleged offence of child abuse and battering and currently the matter is under the investigation of the Deputy Commissioner of Police in charge of investigation, that is SCID.”

Nwabuzor added that further development would be made known to the public.

Also, when contacted, the State Commissioner for Education, Dr. Joan Osa Oviawe, said she would respond once she got the full report of the case.

She, however, warned that there is zero-tolerance for the abuse of children in Edo State.

“At the Ministry of Education, we take very seriously the social safeguarding of all our pupils and students. There is the Child Rights Law which stipulates all kinds of punishment, including jail term for adults who abuse children.

“A child who has been traumatised at home will not be able to learn at school. His Excellency, Gov. Obaseki has given us the mandate to ensure quality and relevant education across all levels of education and under our EdoBEST 2.0 education reform agenda, psycho-social support for all our learners is a priority,” she added.