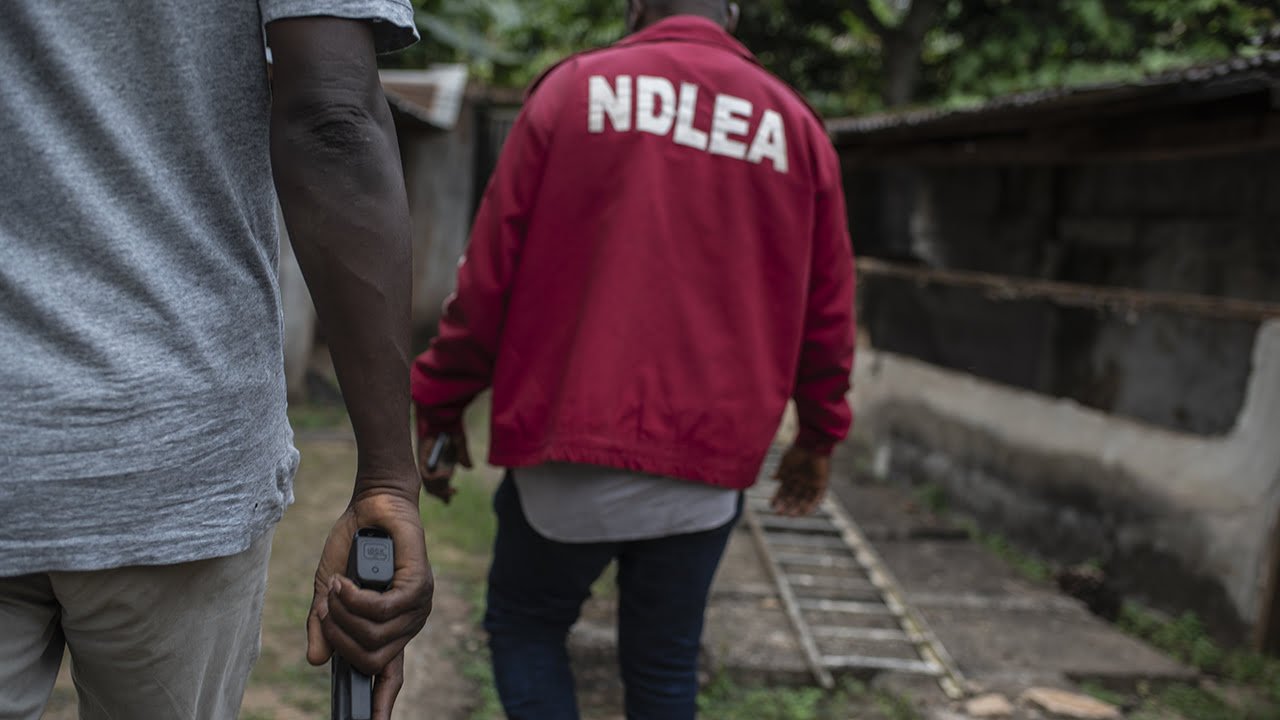 Operatives of the The National Drug Law Enforcement Agency have arrested a notorious drug baron fingered as the mastermind of a mob attack on NDLEA two operatives in Hong, Adamawa State, on October 6, 2020.

He said, “That attack, orchestrated by Abdullahi Musa, aka Yerima Uding, led to the ambush and burning to death of an NDLEA operative and another officer, who was brutally beaten to stupor and had since been bedridden, leading to his permanent incapacitation. The arrest of the kingpin followed an operation led by an assistant commander in charge of narcotics and O/C Strike Force on the same day the baron was on his way for hajj.

“He was found with 57 compressed blocks of cannabis Sativa concealed in the booth of his ash Toyota Corolla car on June 16, 2022. He was about to travel to hajj in his own car; the licence carrying his name was seized, which is going to be forfeited, and he will go for prosecution.”

The assistant commander was also praised by Agboalu for his role in the arrest of another drug baron who specialises in trafficking Indian hemp in a motorised concrete mixer truck.

The baron, according to the NDLEA commander, was arrested in Ondo State following his interception in the Girei Local Government Area of Adamawa State on December 2, 2021 with 2,197 blocks of cannabis Sativa concealed in the motorised concrete mixer.

“Others are 0.013Kg of cocaine seized from two females; 0.227Kg methamphetamine commonly called Mkpuru Mmiri seized from a traveller entering the state from the East; 2.290Kg of Phenobarbitone and 28 rounds of live ammunition.”

The commandant also stated that the NDLEA had transferred the rounds of ammunition and the locally-made pistol, a pair of military camouflage knickers seized from one of the drug suspects along with the suspect to the police as part of the inter-agency cooperation and synergy.