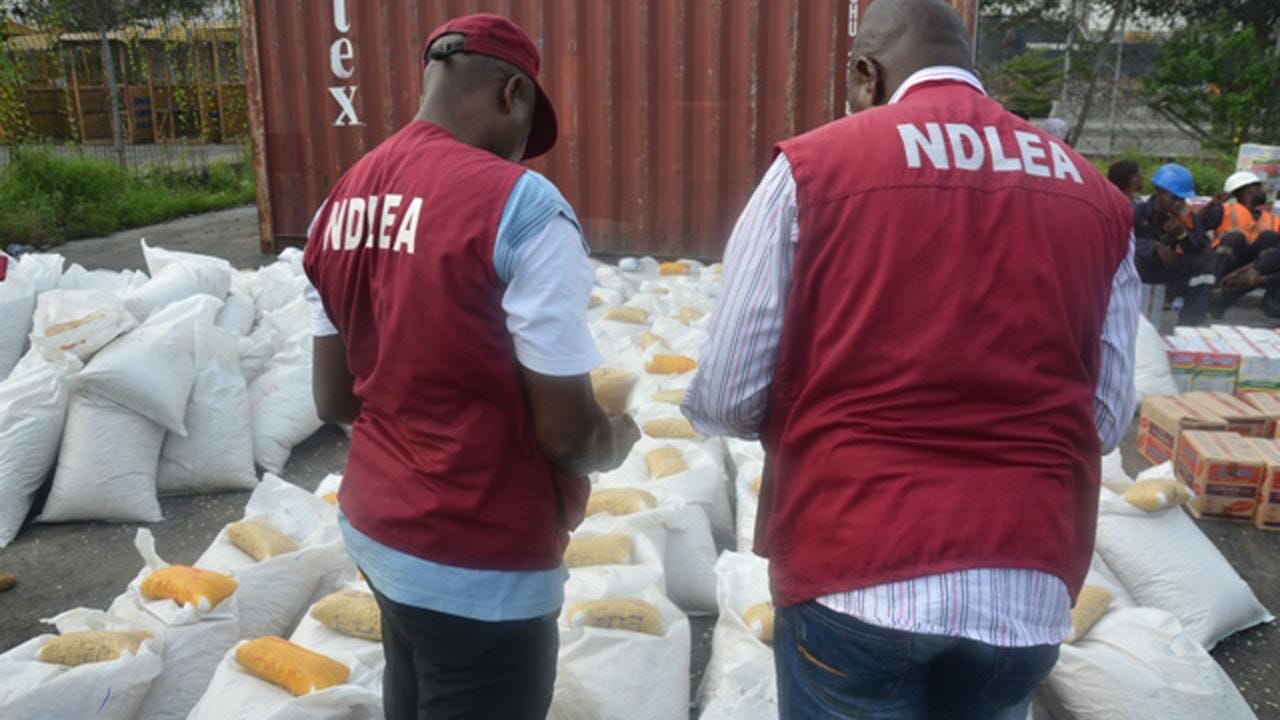 Operatives of the National Drugs Law Enforcement Agency, NDLEA, have seized 19,703.25 kgs of hard drugs, worth over N6 billion between January and June 20 at the Apapa seaport in Lagos.

Its Commander, Ameh Inalegwu, disclosed this on Saturday said that the command was ready to curb the menace of illegal drug dealers in the nation’s maritime space, News Agency of Nigeria reports.

“This is already validated by the numerous seizures recorded in a few months,” Inalegwu said.

He added, “The drugs seized within seven days included 1,518kgs of Tafrodol and Tramadol weighing 3,553 kilograms.

“The command also recovered 350 grams of Cocaine and 150 grams of Heroin in March.

“In summary, the command recorded a total seizure of 19,703.25kgs of assorted illicit drugs between January and June 20,” he said.

”Operation of the command in maritime corridor saddled it with the responsibility of waging war against drug cartels.

”NDLEA is mindful of the status of the sea port as a gateway and the limitless opportunities it offers to ship hard drugs in large volumes.

“The volumes that far outstrip what can be smuggled in through land or air transportation.

“However , NDLEA would make the port impregnable for the cartels.”