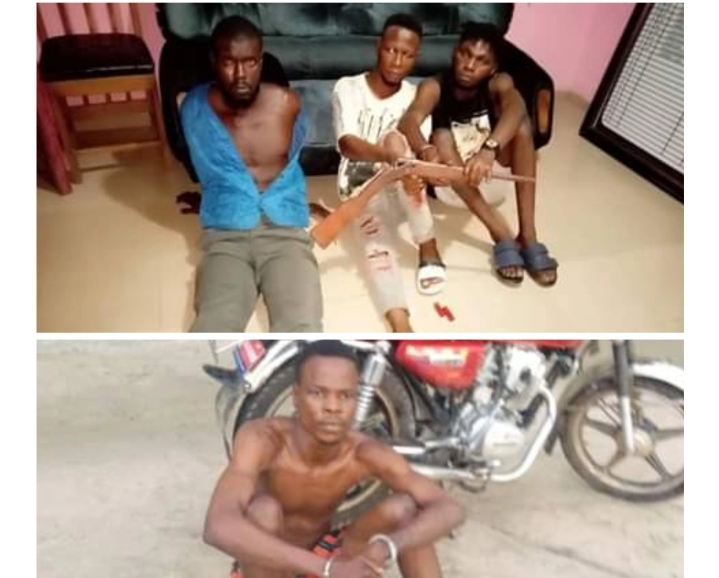 Following a fatal gun battle with operatives of the Delta State Police Command and local vigilantes, three suspected armed robbers were shot dead while several others were arrested.

According to spokesperson of the command, DSP Bright Edafe, who made this known via a statement issued on Sunday, June 26, seven suspected robbers were nabbed and seven locally made guns and cartridges were recovered.

“On 24/06/2022 at about 1635hrs, Operatives of Dragon Patrol team while on stop and search duty along Eku – Abraka road in Ethiope East LGA, Delta State, were informed by a lady (Name withheld), that she sighted some armed robbers who robbed her in her POS shop on 29/05/2022,” the statement read.

‘The team acted immediately and arrested the trio of Jeffrey Osemudiamen ‘m’ age 36 of no. 28 Osazuwa Street, Benin City, Eddy Gabriel ‘m’ age 33, and Promise Imade ‘m’ age 31, both of no. 14 Paris Street, Oghara in Ethiope West LGA and recovered the following exhibits from them; one (1) locally made gun, four (4) live cartridges, one (1) walkie – talkie set, four (4) android phones suspected to have been stolen. Investigation is ongoing.”

They were subjected to search which led to the recovery of one locally made cut-to-size gun and two live cartridges concealed under the seat of the tricycle. Investigation is ongoing.

“On 23/06/2022 at about 0500hrs, the DPO Ozoro, acting on a distress call, that armed robbers were operating at Etereva Street, Ozoro in Isoko North LGA, mobilized and led a combined team of Police and vigilantes to the scene.

“On arrival, the hoodlums engaged the team in a shootout during which one of the armed robbers sustained bullet injuries while the others escaped. One cut-to-size single barrel gun, two expended cartridges, one laptop, were recovered. The injured suspect later gave up the ghost while receiving treatment at the hospital. Manhunt for the fleeing members of the gang is ongoing,”

“Similarly, on 23/06/2022, at about 0400hrs, acting on a distress call, that armed robbers were operating along Igbuku Road in Orogun Community, the DPO Orogun Division, SP. Obonoh Ndem, led a team of Police and vigilantes to the scene, engaged the armed robbers in a gun duel, during which two of the suspected armed robbers sustained bullet injuries, while one of the suspect, Benedict Agbawara ‘m’ age 22yrs of Abbi town was arrested.

“Three {03} locally made cut-to-size guns, one live cartridge and one motorcycle were recovered. The Injured suspects were taken to the hospital where they later died while receiving treatment. Investigation is ongoing.”
See photos 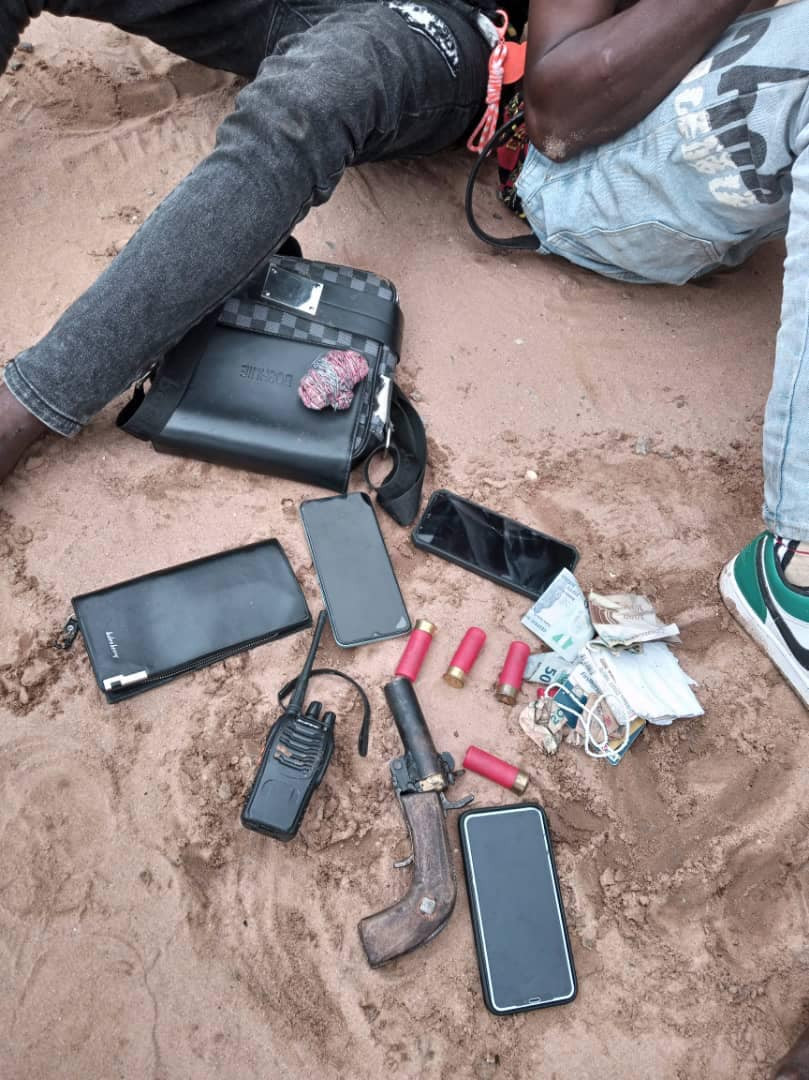 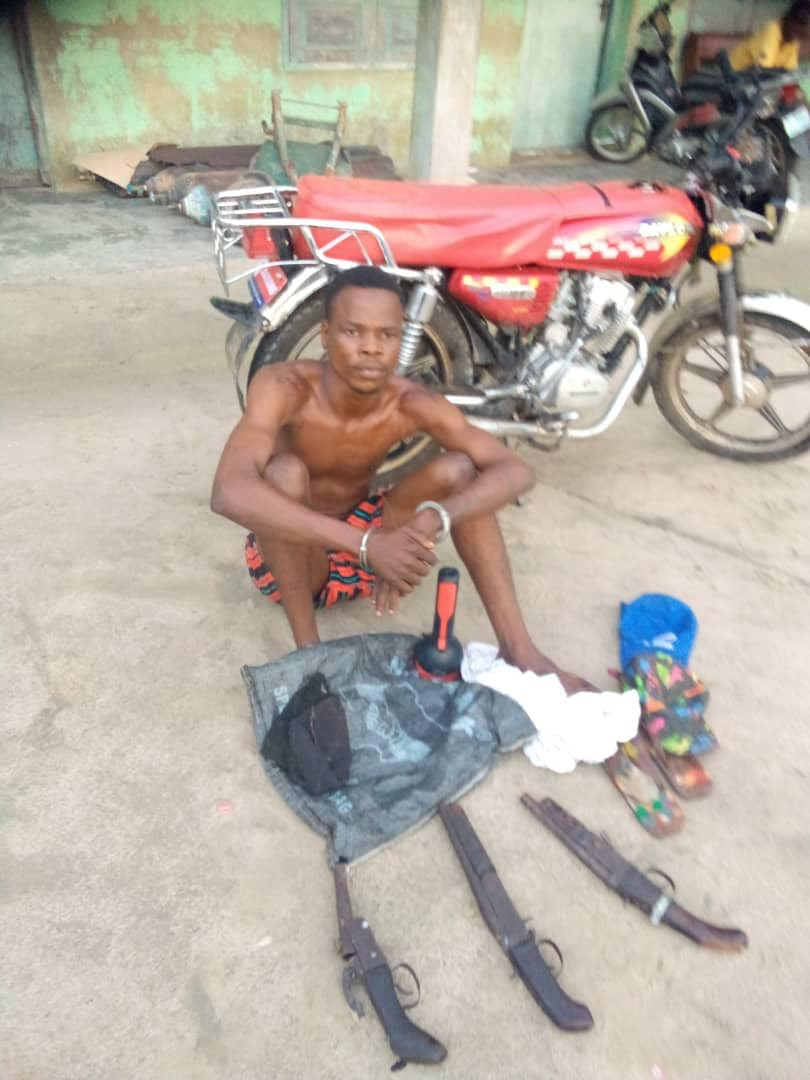