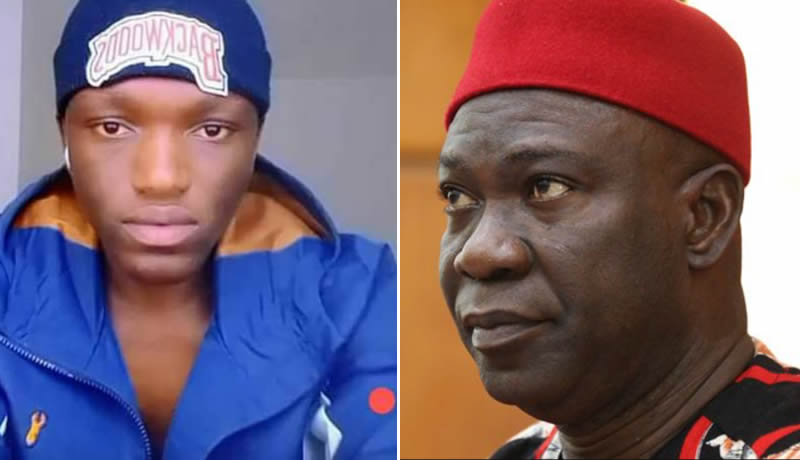 Former minister of aviation, Femi Fani-Kayode has accused Ukpo Nwamini David of taking advantage of the plight of Ike Ekweremadu, former deputy senate president to gain asylum in the UK.

Recall that some media houses including WITHIN NIGERIA reported that Ekweremadu and his wife, Beatrice, were arrested and charged to court for allegedly bringing a child to the UK for organ harvesting.

They were subsequently remanded in custody till July 7 while investigations are still ongoing.

Last week, a document showed that the former senator had written to the UK high commission to support a visa application of a “donor”.

Reacting to the development, Fani-Kayode said the London police acted “hastily and in error” while alleging that it is an attempt to “demonise and stigmatise” Ekweremadu.

“As I said from the outset, I cannot and will not condemn my friend and brother Senator Ike Ekweremadu and his beautiful wife unless I see the evidence of their wrongdoing or they are convicted by a court of law,” he said.

“I am now convinced that there is NO evidence and that they will NOT be convicted.

“There is also a distinct possibility that the charges may eventually be dropped or thrown out by the court if the British really want to play it fairly.

“I believe that the London Metropolitan Police have acted hastily and in error or that they are simply behaving in a typically racist manner all in an attempt to demonise and stigmatise a Nigerian public figure and Nigerians generally even though the evidence before them cannot possibly justify the charge or a conviction.”

The former minister added that the organ donor was motivated by “primitive greed” and decided to renege on the earlier agreement.

“You were taken abroad for the sole purpose of donating one of your kidneys, and you were given the best treatment by the Ekweremadu’s (by your own admission) and at their hospital of choice,” the former minister added.

“Instead of doing the right and honourable thing and following through on your own part of the deal by helping the young lady or instead of simply saying that you have changed your mind and have elected not to donate your kidney any longer, satan entered your body, spirit and soul, you got other ideas, you sought to make more money, and you started plotting and conceiving evil against those who were depending on you.

“You resolved to attempt to send the Ekweremadus to jail for no just cause, far away from home and in a foreign land simply because they were desperate, they asked you for help, they trusted you, and they paid you.

“You have destroyed their reputation, and you now want their daughter to die from stress and the inability to get someone else to donate a kidney to her.

“You wish to destroy three lives and an entire family just so you can gain political asylum, stay in the UK and live off the state.”

Fani-Kayode added that there is a possibility that Ukpo is “being used by Ekweremadu’s political enemies”.