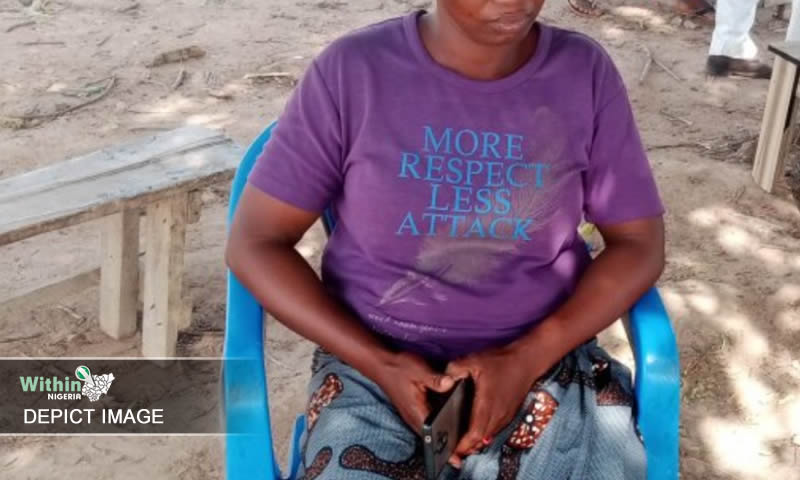 For hiring a man to kill her husband, a housewife has been apprehended in Yola.

The services of one Kwaji Tizhe, was hired by the woman, named Hauwa Audu, who resides in Michika local government area, for N100, 000, to kill her husband, James Tizhe making an initial deposit of N7,000.

Mrs. Audu currently in prison custody in Yola, for alleged attempted murder was arraigned before the Chief Magistrate Court I, for “ attempt to commit culpable homicide,” Leadership reported.

According to the prosecutor, ASP Francis Audu, the defendant hatched a plot to eliminate her husband, James Tizhe and two others that include Maryamu Bugi and Bugi Walla.

The prosecutor intimated the court that the defendant, gave a cash deposit of N7, 000, to the assassin out of the sum of N100, 000, she had promised to pay after killing those she had penciled down. The hired killer collected the cash deposit on June 3, 2022, and reported himself to the police.

It was gathered that Hauwa paid the money to Kwaji, to consult a native doctor on her behalf to inflict paralysis on her husband, but not to kill him.

She reportedly confessed that she took the action because of the husband’s failure to treat her as his wife and properly take care of her. The husband was alleged not to share the same bed with her for the past nine years.

The defendant was said to have accused Maryamu Bugi and Bugi Walla of murdering her daughter-in-law through witchcraft as a result of which she decided to take a revenge.

Upon her arraignment in court, the defendant denied the allegations and pleaded not guilty. It was after she entered her plea that the prosecution applied for an adjournment to enable him to duplicate the case file and send the same to DPP for vetting considering the nature of the alleged offence.

In his ruling, Chief Magistrate Mohammed Buba, ordered the remand of the defendant and subsequently adjourned the matter to July 14, 2022.