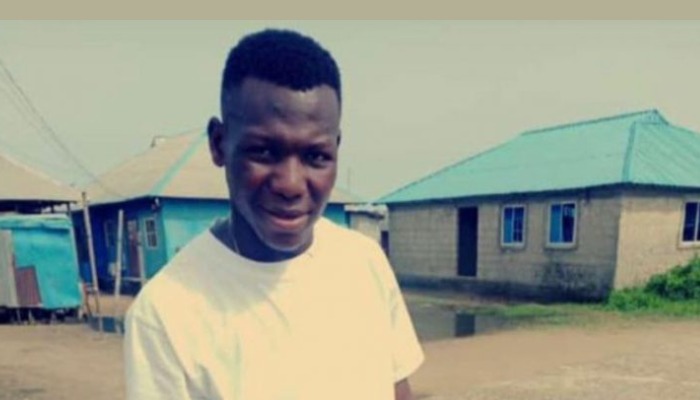 Kalaepele was allegedly shot twice by the military men while picking snails with his team of snail hunters.

The incident, which happened at about 11:00 p.m. on Monday has caused tension as enraged youths of the community have gone on rampages, destroying company vehicles and property just as they also took over the major roads in the community to express their anger.

Narrating how the sad incident happened, the youth president of the Ogulagha community, ThankGod Iyaragba, told journalists that the deceased was with six others hunting snails late Monday night when he was allegedly shot dead by soldiers.

Iyaragbe said, “Around 10:00p.m yesterday (Monday), six of the community boys went to the bush behind Forcadoes Terminal, the Pipeline bush, for snail picking, but were intercepted on their way back by the military men.

“One of the boys, Endurance, tried to run out of fear but was shot twice at close range.

“This infuriated youths of the community who went on the rampage destroying company vehicles and property.

“They have also taken over the major roads in the community to express their anger”.

The State Police Public Relations Officer, DSP Bright Edafe said he was yet to get details of the incident as of the time of filing this report, PUNCH reports.

Meanwhile, the Special Assistant to the Governor of Delta State on Political Matters, Comrade Ozobo Austin, has described the killing of the 27-year-old youth by suspected soldiers in the Forcados terminal as “unprofessional, provocative, barbaric” which could incite unrest in the community.

In a statement available to newsmen in Warri on Tuesday afternoon, the governor’s aide appealed to the aggrieved youths to calm their frayed nerves assuring that Governor Ifeanyi Okowa will investigate the incident and bring to book every soldier that is involved in the dastardly act.

According to Ozobo, the unlawful killing of the young youth in the Ogulagha community should be outrightly condemned by every well-meaning citizen of the State insisting that it was wrong that the military has always been going for soft targets in the Niger Delta region.

Such attitudes, he said, displayed deep parallel lines between the citizens and the security agents just as he advised security authorities to always educate their men to remain civil when dealing with law-abiding citizens in the country.