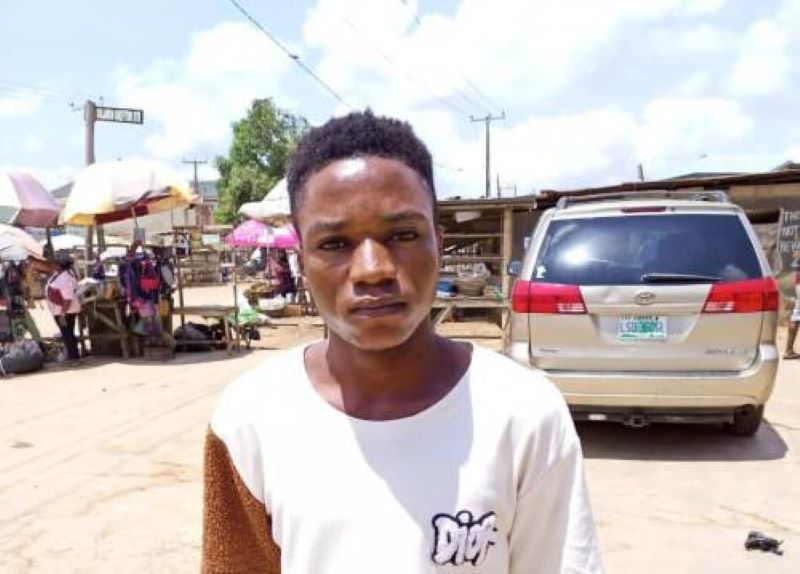 Operatives of the Lagos State Police Command, have arrested a security guard, Samuel Maikasuw, has been arrested over alleged molestation and impregnation of his employer’s 15-year-old daughter in the Ikorodu area of the state.

20-year-old Maikasuw allegedly impregnated the teenage daughter of his employer, according to a civil society organisation which is familiar with the case, the Advocates for Children and Vulnerable Peoples Network.

The accused served as a gatekeeper at the house of one Fadiji who was a “surrogate parent” to the 15-year-old victim.

Maikasuw was said to have been caught in a compromising position with the minor last year but was warned against repeating such.

The ACVPN said, “The perpetrator who defiled and impregnated a 15 years old girl is Samuel Maikasuw 20yr old. He hails from Abaji in the FCT.

“He was a security man at Ms. Fadiji’s house. He was once caught with the minor last year and was severely warned never to come near the little girl again and he apologised.

“He was later transferred to the shop of the landlord’s wife who later converted him to a sales boy. He was arrested by the vigilantes and policemen in the Ikorodu area after the act. The suspect has been detained at Ikorodu division, Igbogbo.”

According to SaharaReporters, the State Police spokesperson, Benjamin Hundeyin, who confirmed the arrest, noted that the crime was “defilement of a minor” which is punishable under the law.

He said, “It is confirmed. It is not just as simple as saying he impregnated someone. Under the law, it is defilement. He defiled a minor. The issue is still being investigated.”