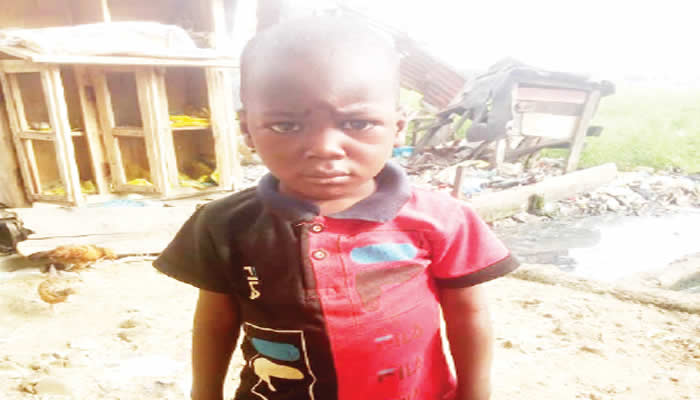 Ishola’s disappearance came a year after about seven children disappeared in the community.

Faruq was said to have disappeared around 1pm in the palace area of the community.

Speaking with PUNCH, Farouk’s mother, Selepha Saluhu, lamented that efforts by the family to find him had been abortive.

She said, “Faruq came back from school yesterday (Tuesday). I fed him and he went to his father’s shop nearby to play. I was told that he followed one of his friends who was asked to buy sachet water. The other boy returned, but my son never came back.

“When my husband did not see him after a while, he immediately told me that he was missing and carried out a search for him, but to no avail.”

The 38-year-old housewife noted that her husband later reported the matter at the Iponri Police Station.

The Head of the Lagos Mainland Security Team, Ishola Agbodemu, who said the disappearance of children in the community had become a serious cause for concern, noted that all the missing children were male.

He said, “The disappearance of Faruq yesterday (Tuesday) makes him the 10th child to go missing in this community. We have made efforts by reporting to the police. This issue of children going missing has also been reported in the media, but there is no change.”

The Secretary of the Oloto Royal Family, Chief Basura Akinola, when contacted on the happenings in the community, declined comment.

The state Police Public Relations Officer, Benjamin Hundeyin, said; “The case has not been brought to us yet.”