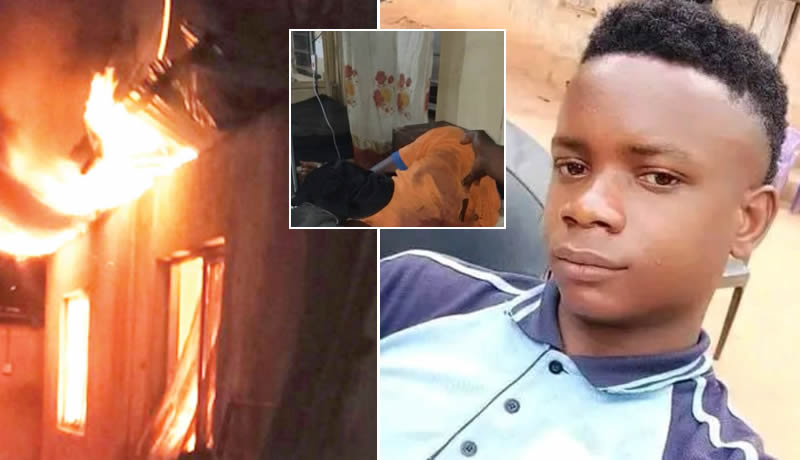 There is growing tension in Nkpologu community, Uzo-Uwani local government area of Enugu state following the alleged invasion of Umuobira village and subsequent shooting of one Philip Okoro Jnr by some members of Neighborhood Watch led by its chairman, and Chief Security Officer of the local government, Barr. Chijioke Ezugwu.

WITHIN NIGERIA source revealed that the incident which happened on Wednesday around 1:00 am has thrown the entire community into dismay and palpable fear.

Our source explained that “by 1 am, on Wednesday, the Chief Security Officer of the local government and five of his neighborhood Watch members invaded Umuobira village and started shooting sporadically in the air. They forcefully entered the house of one of our community dwellers, Mr. Philip Okoro Jnr, dragged him from his room and after a little argument, one of them shot Jim on the stomach which caused his intestine open. They started going from house to house and eventually picked three other young men and took them to Police Area Command in Nsukka, alleging that they were bad guys terrorizing the community and taking hard drugs popularly known as Mkpuru mmiri.”

An eye witness who pleaded anonymity told out reporter that “in the morning when the community dwellers learnt of what has happened, they trooped to the Police Area Command, Nsukka in their numbers with the President General of the community, Chief Joseph Alunona to lodge their their complaint. On getting to the Area Command, the President General told the police that Mr. Okoro, a 20 year old boy and the three other persons taken to the police station by the neighborhood Watch were not bad guys as alleged by the Chief Security Officer. They were immediately released while Barr. Ezugwu  and one his neighborhood Watch members who was involved in the incident were arrested and detained in the police station even as others were currently at large.”

WITHIN NIGERIA gathered that the victim, Mr. Okoro was taken to one of the hospitals in Nsukka where four pints of blood were transfused to him, having lost high quantity of blood.

However, as his situation became worse, he was subsequently referred to University of Nigeria Teaching Hospital, UNTH Enugu.

On Thursday evening , it was gathered that Mr. Okoro had died at UNTH, Enugu following the bullet wounds he sustained during his attack.

Nevertheless, angered by this ugly development, some angry youths besieged the houses of these suspected neighborhood Watch members and set their houses ablaze.

At the time of filing this report, the house of one of them  was on fire .

However, a senior police officer at Nsukka Area Command who pleaded anonymity told our reporter that the incident is being investigated.