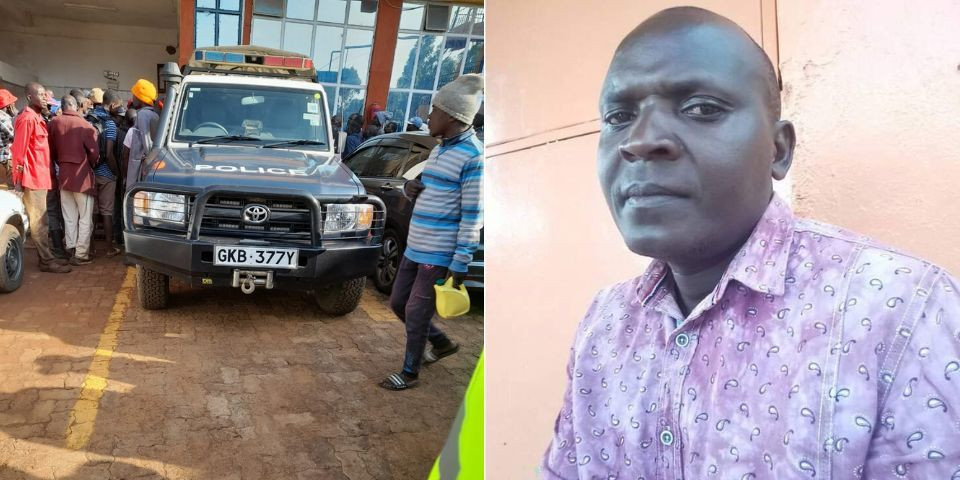 25-year-old woman has ben arrested by the police over the mysterious death of one Moses Nabibya in Bungoma County, Kenya.

Nabibya, who was the Ford Kenya’s national organising secretary in Bungoma, was found dead in one of the guesthouses in Misikhu in Webuye on Thursday morning, June 30.

Webuye East police boss Martha Ng’etich said that they were holding the woman since she was in the company of the deceased.

She said that the hotel manager where Mr Nabibya died went to the local police station in the morning to report the incident.

“Mr Hendry Walucho Kisiangani who is the manager of the resort came and recorded the statement with the police. The woman is the main suspect,” said Ms Ng’etich.

Mr Walucho said that the deceased checked into the hotel on Wednesday night at around 11pm accompanied by the woman.

“They spent the night in one of our rooms and at around 5am, the gentleman started complaining of rising blood pressure while inside the room with the lady,” police said.

The woman went to seek assistance from the manager and when they went to check on him, they found he had already died.

Two pairs of Mara Moja painkiller tablets were found on the table.

“This morning, I lost a strong pillar in our party Mr Moses Nabibiya who was a very loyal party supporter. Mr Nabibya has stood with the party in bad and good times and was its pillar, particularly in Kimilili. My condolences go out to his family, friends and Ford Kenya fraternity,” Mr Wetang’ula said.

Bungoma woman representative Catherine Wambilianga described Mr Nabibya as “a fearless man who will be remembered for his active involvement in local Ford Kenya party politics and issues affecting the party in the county.”