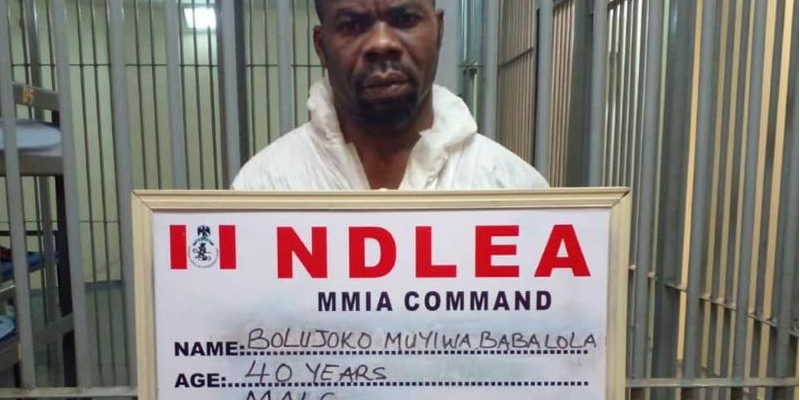 A former driver with a public transport company, BRT, Muyiwa Babalola Bolujoko, has been arrested for ingesting 90 pellets of cocaine at the Murtala Muhammed International Airport, MMIA, Ikeja, Lagos.

The suspect was arrested on Monday 27th June, at the screening point before boarding a Qatar Airways flight enroute Doha to Sharjah, with his trip expected to terminate in Dubai, UAE.

While in custody, the suspect excreted all the 90 pellets in four excretions. He claimed he left his N60, 000 per month job as BRT driver in February and decided to work as drug courier to raise funds to buy a shuttle bus popularly called Korope in Lagos to continue his transport business. 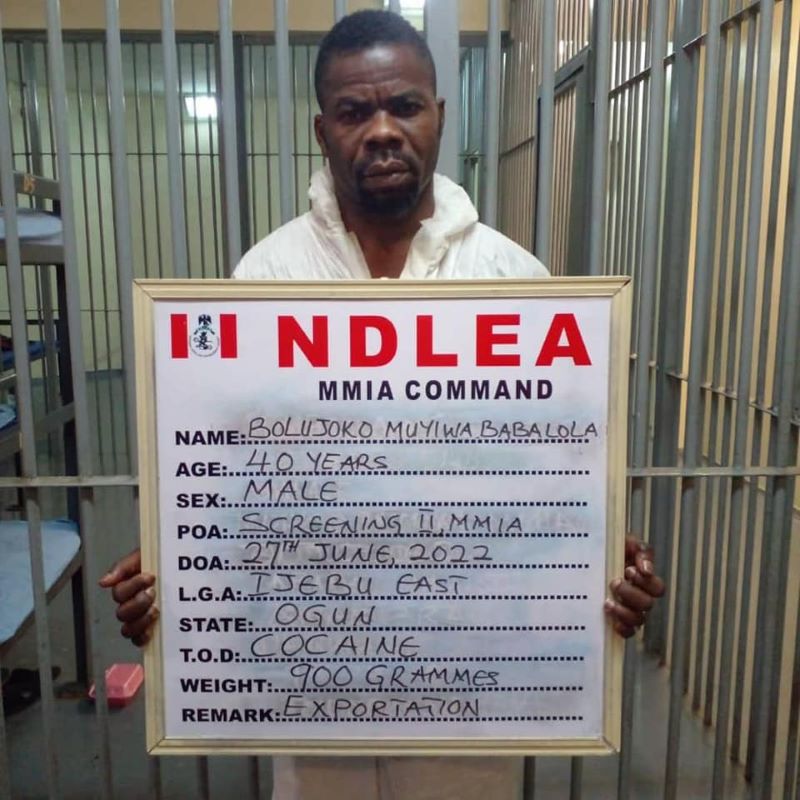 The consignment with a street value of over N4.5billion came from Johannesburg, South Africa on board South African Airways flight on Wednesday 29th June as part of a consolidated cargo that arrived the SAHCO import shed of the Lagos airport.

After series of follow up operations that led to the arrest of two freight agents, the actual receiver of the drug consignment, Chike Okeke Eweni who distributes the substance for his South Africa based partner was arrested the following day, Thursday 30th June at a logistics warehouse in Ajao Estate, Ikeja. Chike who hails from Anaocha LGA, Anambra state claims during preliminary interview that he’s also into fish farming. 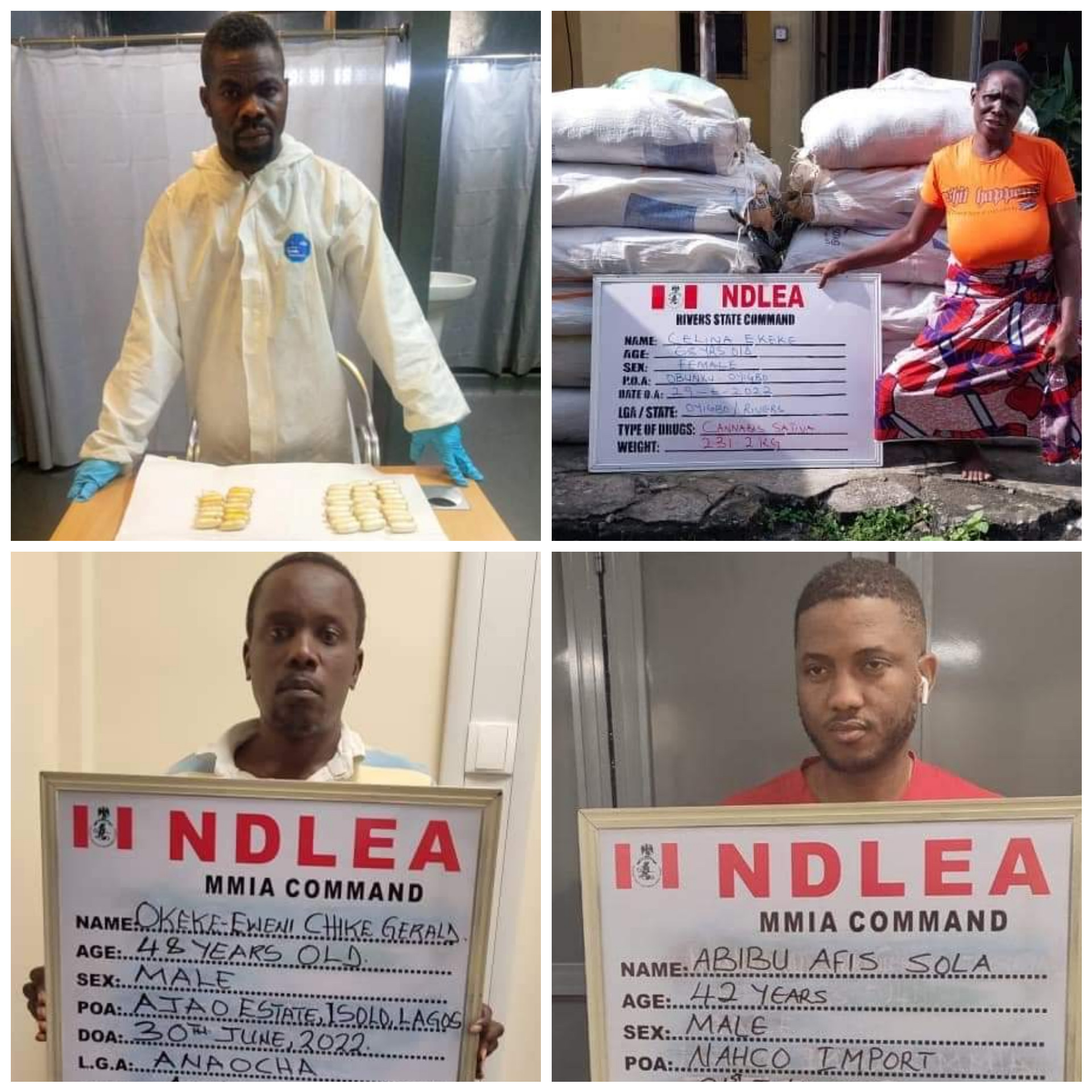 Operatives also on Thursday 30th June intercepted an inbound consignment of khat leaves, which arrived the NAHCO import shed of the Lagos airport on Royal Air Maroc flight from the Middle East. A total of 71 cartons of dried khat leaves with a gross weight of 2,434.3 kg were discovered in the cargo.

In the same vein, anti-narcotic officers of the Agency also last Thursday seized 36 parcels of Colorado, a variant of cannabis with a total weight of 19.30kg which arrived the NAHCO import shed from Los Angeles, US on a Delta Airlines flight.

After series of follow up operations in which four persons were arrested, the actual owner of the drug consignment, Abibu Afis Sola was eventually nabbed on Friday 1st July in Gbagada area of Lagos.