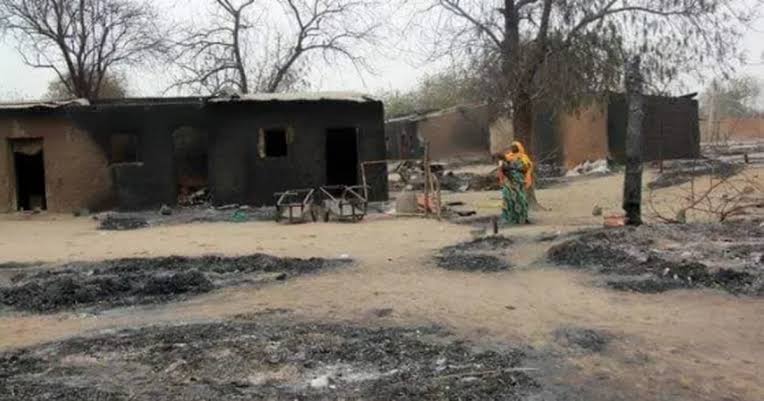 Following bandits’ attack in Angwan Bashar community and another community in Kanam Local Government Area of Plateau State, more dead bodies have been found by villagers.

Takwa confirmed that the gunmen attacked the two communities but they were repelled by the troops in conjunction with the local vigilante group, eight corpses belonging to the bandits were recovered by the villagers.

“What happened was that there was an attack by bandits yesterday in the night on Angwa Bashar in Kanam LGA.

“So our troops withdrew from Angwan Bashar and moved to the said community and repelled the attack. After the operation, the villagers told us that they recovered eight corpses but our troops did not suffer any casualty.

“A criminal is a criminal. All that is going on in that area is criminality, whether cattle rustling, kidnapping, or attack on a community. They are all the same. All that we need is for the people to let us know in time about the activities of these criminals so that we can deal with the situation”

One of the vigilante men who participated in repelling the attacks, Tasiu Ibrahim told newsmen that the bandits had given villagers quit notice to vacate their area before the attack.

Ibrahim said 8 corpses of the attackers were recovered after the attack. He said;

“We got the quit notice last week Tuesday where the bandits said we must leave our villages or they will kill all of us. We also learnt that similar quit notices were served on other villages by the bandits.

“We don’t know where we are going to run to and everyone knows that those people do not make empty threats. But we thank God that they did not succeed when they eventually tried to carry out their threat to kill all of us. Instead, some of them were the ones who died because we recovered about eight of their corpses after they attacked us.”

Senator representing Plateau South, Prof. Nora Daduut, cried out over insecurity in some parts of Kanan and Wase LGAs and also called on security operatives to come to the rescue of the people in the affected communities.

“As the senator representing Plateau South, I urge security agencies to intensify efforts to investigate the matter with the aim of bringing perpetrators to book and as well deploy drones and helicopters to monitor forests around Plateau South senatorial district, to identify illegal camps of armed bandits throughout the country.

“I also seek for collaboration amongst various security agencies on intelligence gathering and call on the people of my senatorial district to be security conscious.”