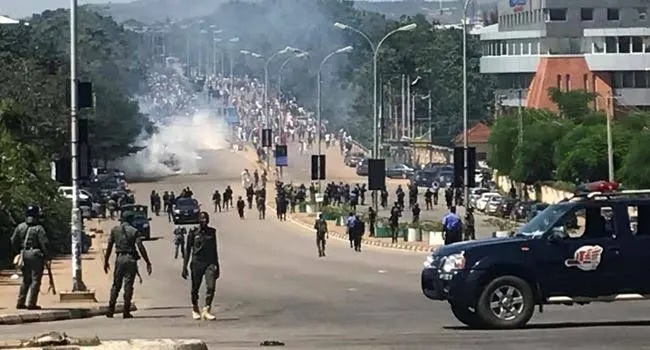 As cult killings in the Sagamu area of Ogun State, increases, the Akarigbo and Paramount Ruler of Remoland, Oba Babatunde Ajayi, has decided to intervene through traditionally means.

In a recent development, residents have been left in fear of being victims of stray bullets after suspected members of Eiye and Aiye confraternities took turns to kill one another.

The Ogun State Commissioner of Police, Lanre Bankole, had visited the ancient town as the police arrested those they described as wanted and murderous suspected cult killers.

But, it appears the Akarigbo is not leaving anything to chance at the moment, neither is he relying on the efforts of security agents alone.

For this reason, the monarch has announced that some parts of Sagamu would witness traditional rites to stop the clashes in the area.

In a press release from his palace on Wednesday, the monarch said the popular Akarigbo Road, from Cinema Road junction/Total Petrol Station up to RSS Roundabout, would be closed to all vehicular and human movements from 4pm on Thursday, July 7.

The curfew, which would last till 4am on Friday, is to carry out traditional rites in the affected areas in view of the security challenges facing the Remo town.

JUST IN: Another top Oyo monarch is dead

Oba Ajayi regretted the short notice, urging the people to cooperate with the palace.

“This is to inform the General Public that Akarigbo Road from Cinema Road Junction/Total Petrol Station up to RSS Roundabout will be closed to all Vehicular and Human Movements between 4pm tomorrow Thursday, 7th July 2022 and 4am Friday, 8th July 2022.

“This is for the purpose of Traditional Rites in view of the recent security situation in Sagamu.

“While the Palace of HRM, Akarigbo of Remoland regrets the very short notice, the total co-operation of all people of Sagamu is urgently required.

”Kindly disseminate the information to orders,” the statement read.