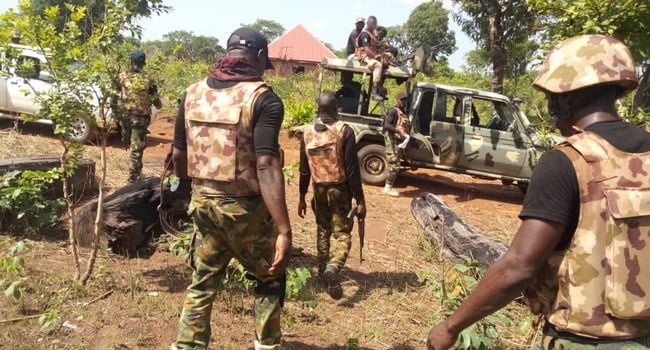 Five Boko Haram terrorists have been neutralised by troops of 24 Task Force Brigade operating under Operation Hadin Kai, during an encounter at Gamage Village in Borno.

The Defence Headquarters who made this known on Thursday through the Director, Defence Media Operations, Maj.-Gen. Bernard Onyeuko, said the encounter took place on July 3.

He said the troops responded to a distress message about the propulsion of a boat in transit.

He added that the boat lost its propelling ability at Agbara Platform while transiting from Forcados to Bonny Mooring and drifted for 32 hours before it was rescued.

According to him, the crew and boat were handed over to Forward Base Operation Bonny on Wednesday.

“The military high command commends troops in the frontlines for their timely interventions, encourages the general public to avail troops with credible and timely information on criminal activities,” he said.