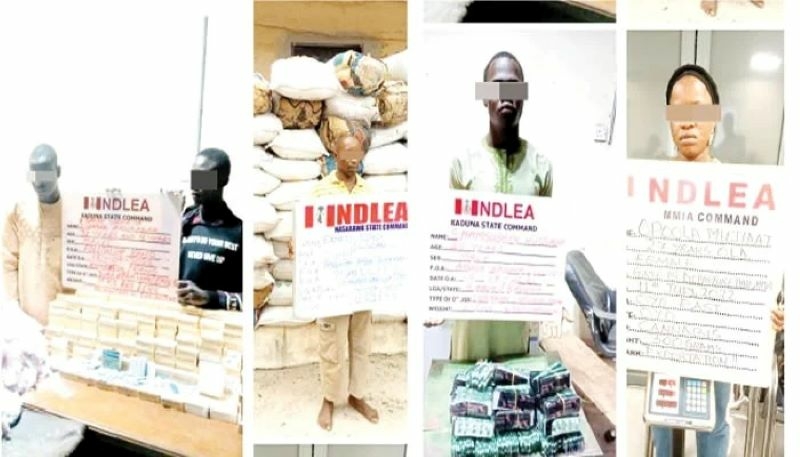 The passengers, Raji Kazeem and Akinbobola Omoniyi, were reportedly travelling together to Oman on an Ethiopian Airline flight on Monday, July 11, when they were intercepted by NDLEA operatives at the airport.

The spokesman for the agency, Femi Babafemi, who disclosed this in a statement on Sunday, said, “A search of their luggage revealed wraps of cannabis sativa hidden in bowls of native black soap and sponge packed into a bag containing food items, which Kazeem was carrying.”

Babafemi noted that both Kazeem and Omoniyi immediately alerted the anti-narcotic officers that Mujidat, who was still within the vicinity, gave the bag containing the illicit substance to them at the airport and she was promptly arrested.

The lady was said to have accepted responsibility, stating that she brought the luggage for the two passengers to give to her husband in Oman.

“Mujidat, who hails from Oyo East LGA in Oyo State, confessed during a preliminary interview that the bag containing the food items was packed by her with different items, including the black soap used to conceal the illicit substance,” the statement added.