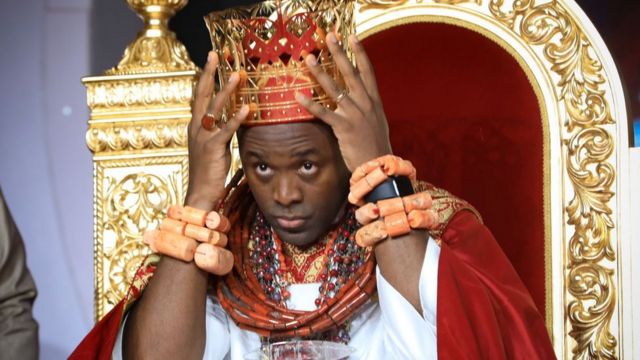 Olu of Warri, Ogiame Atuwase III narrates how Holy Spirit instructed him to stand before oracle

The Olu of Warri, Ogiame Atuwase III has narrated how Holy Spirit instructed him to stand before Oracle.

This narration was given by the monarch in an interview with The PUNCH when asked if he has fears as a Christian in associating with fetish practices.

The royal father said he has no such fears and reaffirmed that he is a Christian.

According to Atuwase III, Christianity is more importantly about one’s individual’s relationship with Jesus Christ. When the Holy Spirit tells you to do a particular thing; even to fellow Christians, it may not sound Christian-like.

‘For instance, when it came to standing before the oracle, a lot of people felt that because I am a Christian, I wouldn’t do it. However, I prayed about it and the Holy Spirit made it very clear to me not to be afraid. I was told to go and stand (before it), and I stood. I believe that the spiritual world can be accessed by anyone of any faith. If one shies away from the spiritual world because one is afraid or because one is not aware of how it operates, one will lose out on a lot of good things that God himself has destined for one. It is really about knowing one’s identity, knowing who one is and being bold in that identity’, he stated.