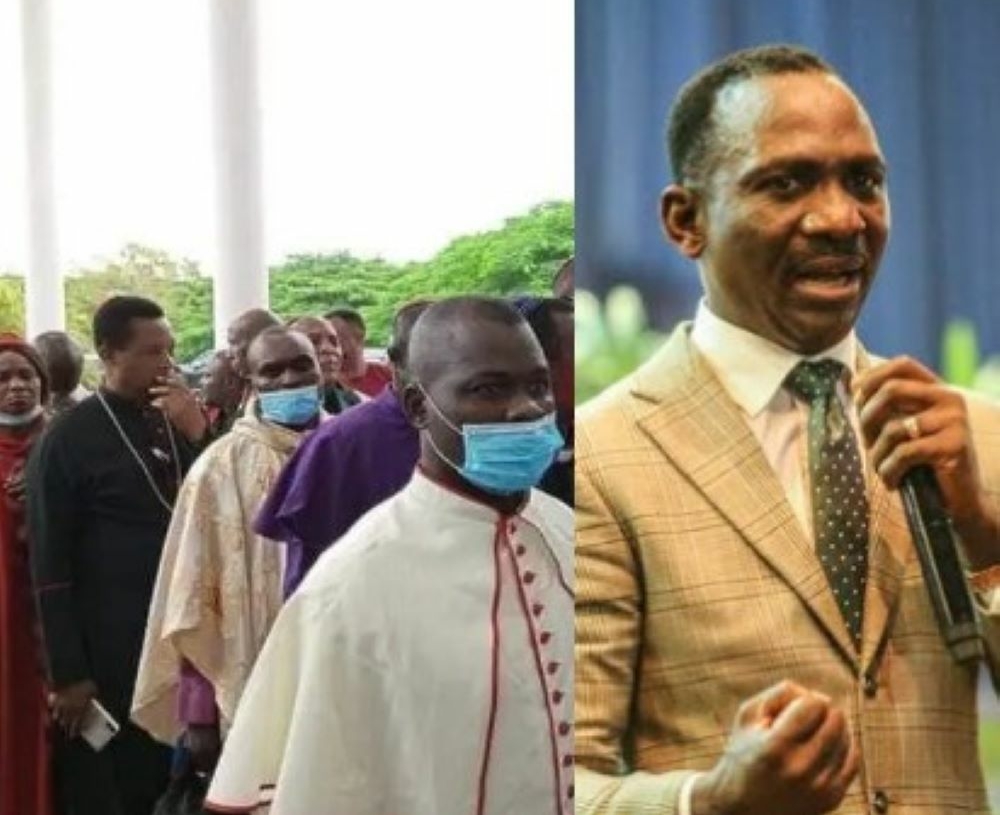 The Senior Pastor of the Dunamis International Gospel Center, Paul Enenche has called for the immediate arrest of ‘fake bishops’ who attended the unveiling ceremony of the All Progressive Congress Vice Presidential candidate, Kashim Shettima, on Wednesday July 20.

Recall that the some “fake bishops”, allegedly hired were sighted at the unveiling event to calm the controversy surrounding the Muslim-Muslim ticket of the ruling party.

Reacting to the incident, Pastor Enenche, in a video on his verified Facebook page, said the ‘bishops’ should be arrested and charged to court for impersonating the Christian body.

The clergyman also slammed APC for being desperate to retain power in 2023 after occupying the seat for eight years with just bloodshed, killings and banditry to show.

Enenche said, “There is a contest going on in this country right now where some criminals paraded themselves as bishops.

“That is the level at which the criminal leadership of this country has descended into. Those who send them are like them. That is an impersonation of the highest order and they should be arrested and tried.

“That is how ‘yeyecious’ bankrupt of mentality, capacity and leadership ability these people who want to rule Nigeria are. But their end has come. They will never see the light of day.

“They will never smell the palace of authority. You want to cheat to lead, you want to lie to lead, you want to kill to lead and your platform has led for 8 years and the only thing the country got was bloodshed, killings, banditry and you are still pushing yourself forward. Bankrupt of mentality.”