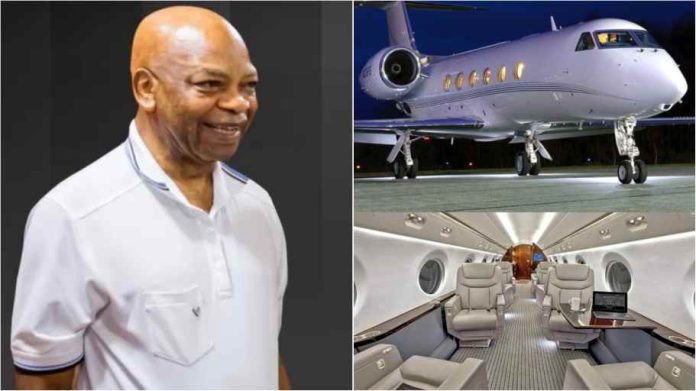 Billionaire businessman Arthur Eze has added another Gulfstream jet to his fleet.

Eze, a native of Ukpo in Dunukofia Local Government Area of Anambra State, who is not one to do things in half measure, is a known lover of Rolls Royce cars. He has at least five of them in his garage. He also owns about seven Maybachs alongside other wonders on wheels in his garage.