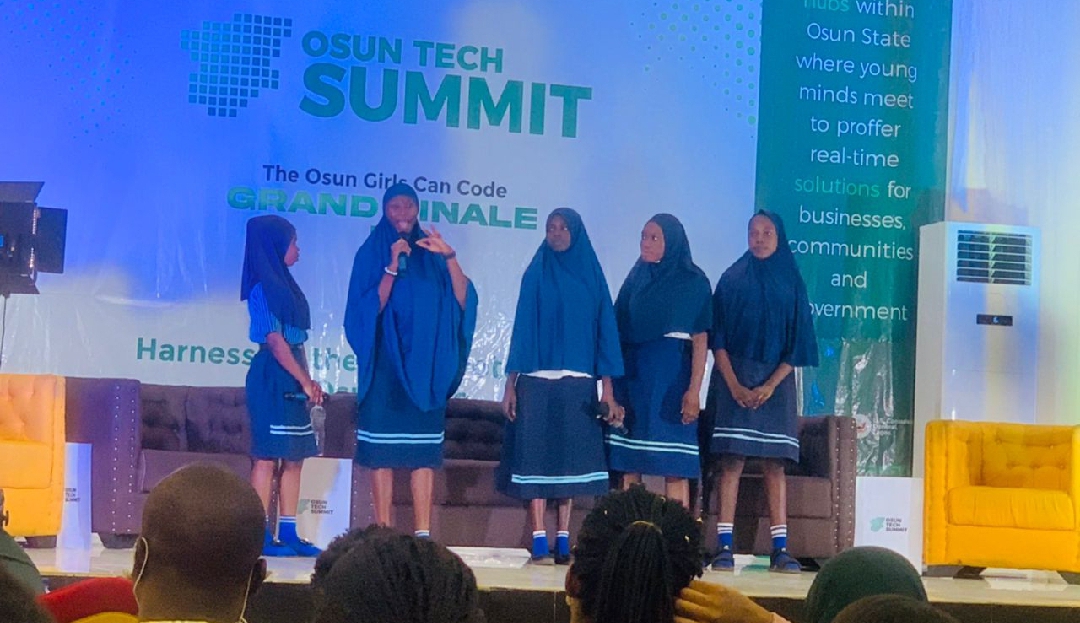 Adedayo Adeniyi, the Executive Director of Matadors Leadership Institute has explained why the institute in collaboration with United States Consulate General among others only engaged 300 school girls in Osun state in its technological advancement project tagged “Osun Girls Can Code”.

Adedayo while addressing journalists at the graduating ceremony of the ‘Osun Girls Can Code’ programme explained that there are different stages and different projects one has to do at a time but for now it is the girl child because in Africa the girl child has been deprived of so many opportunities.

Adedayo while speaking on the gains of the 300 girls who participated in the programme said it is ensure that these girls have access to what we don’t have access to. They will help us drive the conversation of technology that we want to keep driving in Osun State. We invested in this project because of the gap and we want to fill it with the people who we already equipped with the skills. If they are not equipped with the skills they cannot fill any gap.

When asked about the overall evaluation of the 6-month training technological programme, Adedayo disclosed that it has been a wonderful project and eye-opener for us going through Osun, training 300 school girls.

‘It is also a revelation of where we are as a people. There were many of them that were not able to use a computer system until training happened. So, for us it is to ensure that the future is secured. The future of education in the state is secured and of course, the conversation of development through ICT is secured. I told you that there were many of these children that were not able to use a computer but within five days of our training it was amazing what they could do with the system. Some of us still have phones that we don’t know the functionality so well, but these kids in five days they did some things that I was amazed’, he added.

Adedayo further disclosed that all the schools that participated were asked to do a project which is in line with Sustainable Development Goals (SDGs).

When asked about the plans of the institute for the 300 girls who participated in the programme, he said there is no plan to let them go.

‘It is not going to be one-off. We plan to still keep engaging them and making them better children and of course more productive in the society’, he said.