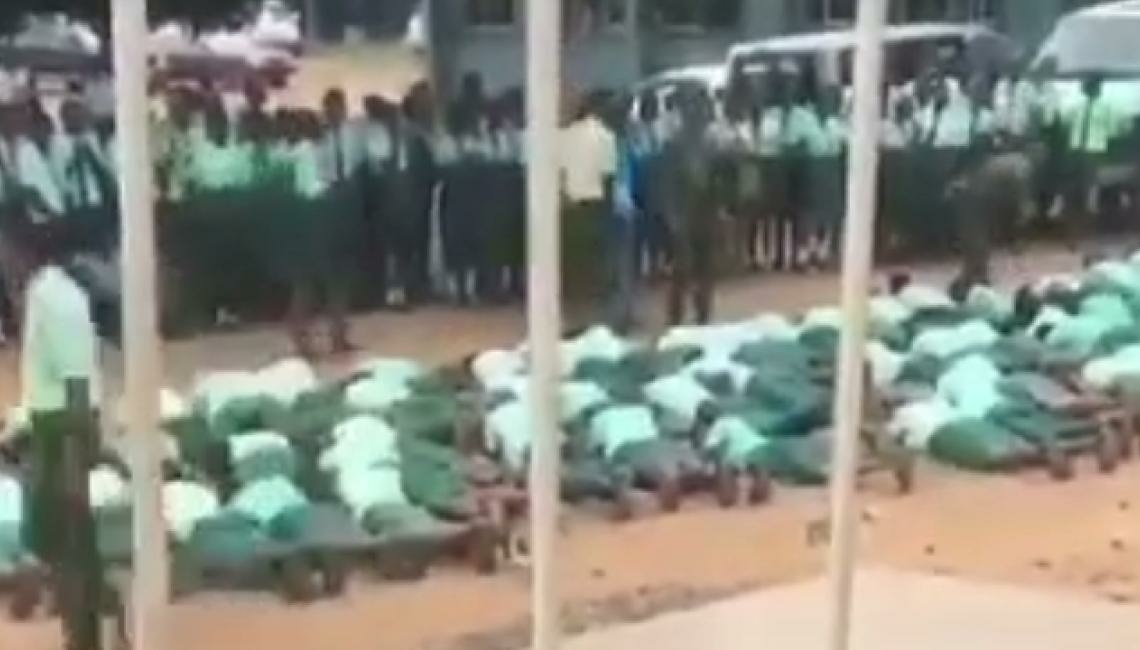 Students of Command Day Secondary School, Enugu, were brutalised and dehumanised by soldiers for allegedly not being present at a graduation ceremony.

According to SaharaReporters, the unfortunate incident occurred last Thursday and was captured in a video where tens of students could be seen lying on the ground down in the school compound while two soldiers flog them with whips.

Voices could be heard in the background saying, “This is happening at Command Day Secondary School, Enugu.

“Lawless Nigerian Soldiers brutalise, dehumanise and flog students for refusing to be present at graduation because they have not finished their NECO (National Examination Council) examination.”

Another voice was heard saying, “They are flogging students. If you don’t come for graduation, they will flog you.”

The aforementioned publication reported that the Deputy Army Public Relations, 82 Division, Col Abubakar Abdullahi, could not be reached to comment on the incident as at the time of filling this report.

WITHIN NIGERIA recalls that a student of the same school, Master Eneh Chinemerem was flogged to death by a soldier identified as Lieutenant Nweke in May this year.

The soldier allegedly hit his head with a stick repeatedly for having ‘bushy hair’. Shortly after the beating, Eneh’s head started swelling and he was moved to several hospitals before he died a few days later.

His mother, Adaeze Chibuzo took to the Nkanu People of Enugu State Nigeria Facebook platform to share the news with pictures of the boy with a swollen head before his demise.

She had written, “It is still very hard to believe that you are gone my son but one thing I know is that God will surely fight for us, rest in peace my son.”