Two crushed to death while fighting on expressway in Lagos 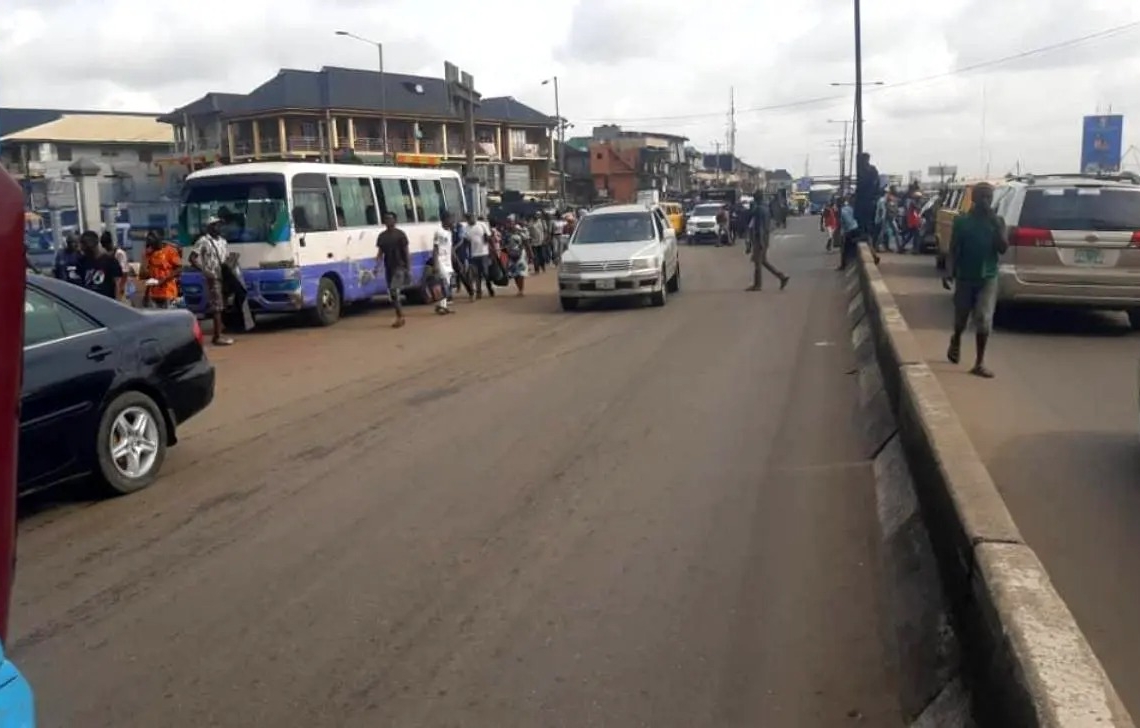 Two male adults were crushed to death during a fight at Oshodi-Oke inward Gbagada Expressway in Lagos State.

The incident occurred on Tuesday near LASTMA office in Oshodi when the victims were hit and crushed by an oncoming vehicle.

However, though details of what led to the fight could not be ascertained at the time of filing this report.

According to Vanguard, one of them died on the spot, while the other died few hours later.

Osanyintolu said, “Upon arrival of LRT at the scene of the incident, it was discovered that two male adult casualties were found on the ground.

“One of the casualties was confirmed dead at scene.

“Further information gathered from the Police at the scene revealed that the two male adults were fighting on the expressway and were hit by a vehicle.

“The Agency’s paramedics team gave first aid to the other victim at the scene, who was then transported to Gbagada General Hospital for further treatment.

“LRT, LRU paramedics and NPF are the responders at the scene.

“LRT is awaiting the arrival of SEHMU to evacuate the dead victim. Operation ongoing.”