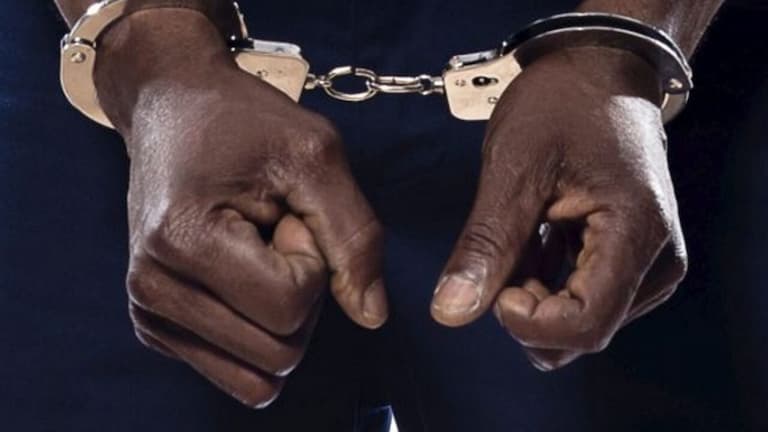 Operatives of the Ogun So-Safe Corps have arrested a commercial motorcyclist, Idowu Adebayo, for allegedly abducting and attempting to rape and kill a female passenger in Sango-Ota area of the state.

The 21-year-old okada rider was arrested on Tuesday for a case of abduction and attempted murder of 17-year-old Blessing John, who was his passenger.

Residents of Ayegbe village, Lisa in Ifo Local Government Area of Ogun State, were said to have reported at Lisa/Oluke Divisional Headquarters of So-Safe Corps that Adebayo was seen struggling with the teenage girl at about 6:30pm on Tuesday.

It was gathered that the victim, Blessing John, had gone to Joju market, Sango Ota in Ado-Odo/Ota Local Government Area, to get vegetables for her mother.

While returning home, the victim saw Adebayo, who was riding his okada, stopped him and negotiated the fare to Joju market with him.

The State Commander of the corps, Soji Ganzallo, in a statement disclosed that “the Okada rider took the girl from Abule Iroko via Itoki village to a bush in Ayegbe village and attempted to rape and kill her before she was rescued by some farmers, who heard her call for help and rushed to the scene, while So-Safe was contacted.”

Ganzallo said the victim was rescued by the operations team of the corps, who promptly apprehended the suspect.

He said he had instructed that the crime scene be revisited as part of the preliminary investigation and to ascertain that the scene is not a place of hibernation for miscreants.

The Zonal Commander of the Corps was also instructed by Ganzallo to ensure no bush or forest is left uncombed in that axis.

He disclosed that the suspect have been transferred to the Ifo Divisional Headquarters of the Nigeria Police Force for further investigation and likely prosecution.