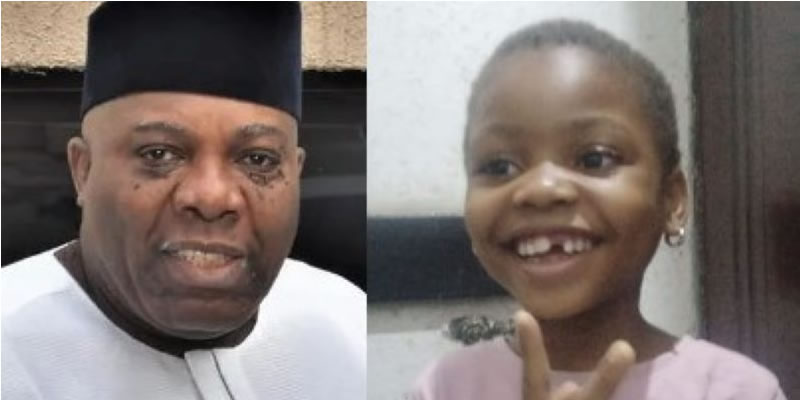 Former Presidential media aide, Doyin Okupe, has shared testimony of how God made his 7-year-old relative speak for the first time.

The DG, Peter Obi Campaign Organisation in his social media post said his relative had never spoken since she was born and sometime in April, she came to visit him with her father and they both attended his family’s monthly praise and worship service.

Okupe disclosed that the little girl began speaking and conversing with other kids to everyone’s surprise.

He wrote, “This is Ojuoluwa Okupe. 7 yrs old daughter of my nephew who has never spoken a word since birth. On Sunday the 31st of April, a miracle actually happened. She arrived at my house with her Dad, for our monthly Praise worship. They both came in when the session was drawing towards a close.

“However Ojuoluwa started playing with other kids around, and to everyone’s surprise she simply started having conversations with other kids and expressing herself clearly and distinctly in English language!!

“Our God is still in the business of performing MIRACLES!!!! Let us Praise and exalt His Holy Name.” 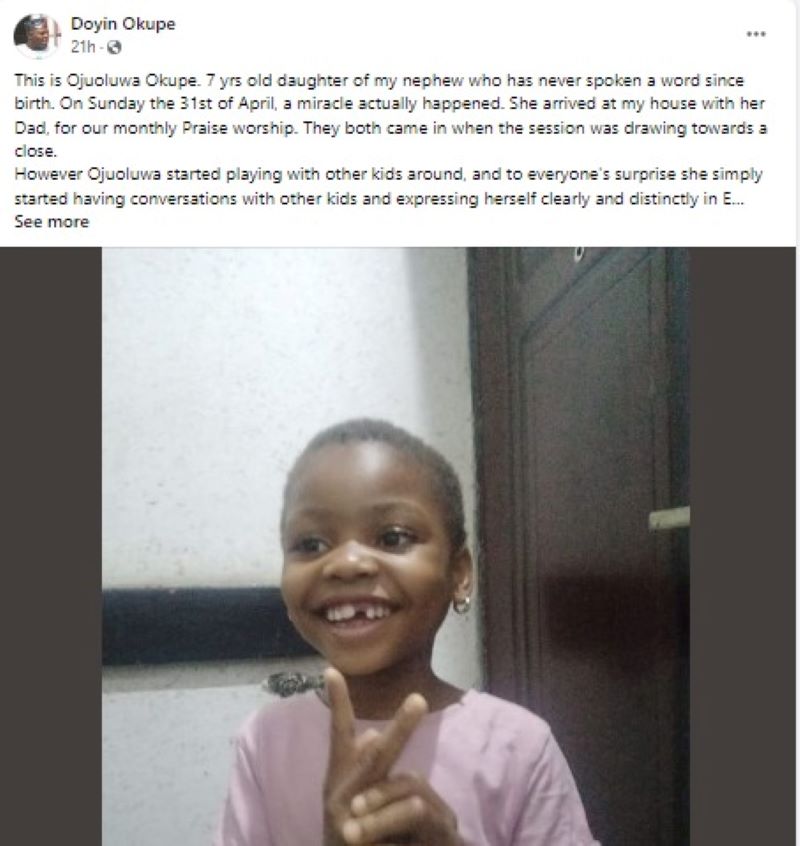 My political journey has always been miracle, I’m waiting for bigger…