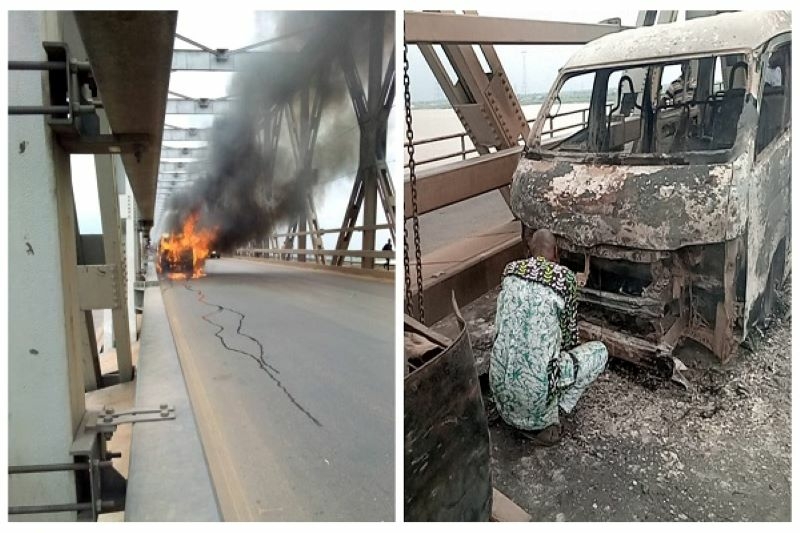 At least twelve passengers escaped death when a commercial bus went up in flames at the Niger bridge in Onitsha, Anambra State.

It was gathered that bus caught fire due to electric fault on Sunday around 1.02pm.

According to The Nation, the occupants of the bus heading to Onitsha from Warri escaped before the vehicle caught fire.

The Anambra State Sector Commander, Federal Road Safety Corps,(FRSC), Adeoye Irelewuyi, who confirmed the incident put the time of the incident at 1302HRS, said no life was lost.

“A Hummer bus is on flame inside the bridge. The Fire Service have been alerted. All passengers are safe. The bus has been removed. There is free flow of traffic on both section of the expressway,” he said.

Meanwhile, along the Onitsha-Awka Road, by the Serve Oil area, a pandemonium was also created, as two suspected robbers were set ablaze by angry mob.

The situation caused a heavy traffic in the area as the body of the suspected robber burnt.