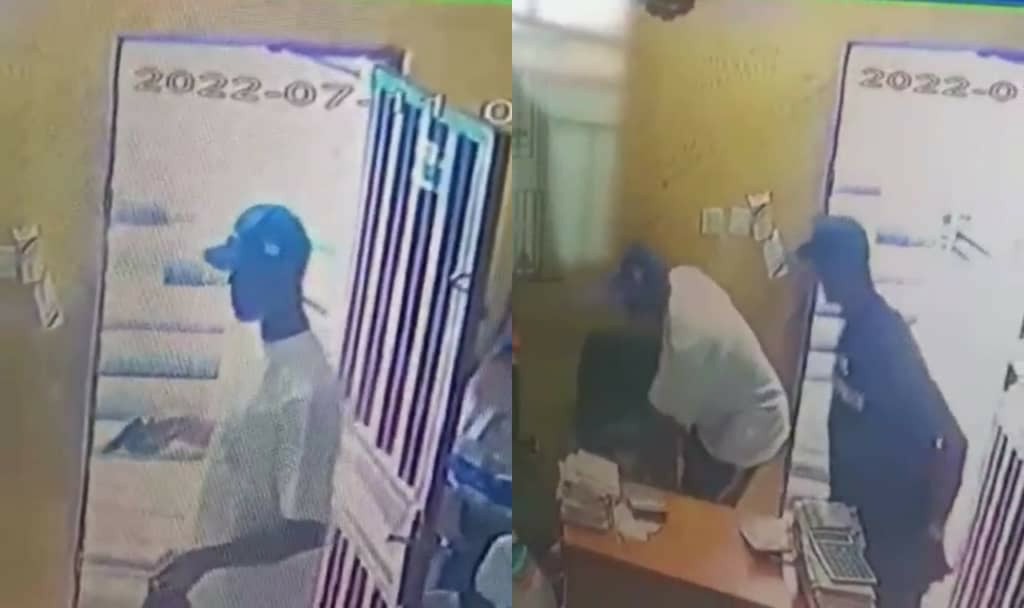 Two robbery suspects have been killed by the police for allegedly terrorising residents of Apapa, Ajegunle, and their environs in Lagos State.

It was gathered that the hoodlums on August 4 invaded a community and dispossessed some residents.

The Police Public Relations Officer, Benjamin Hundeyin, in a closed circuit television clip of the operation posted on Twitter showed the gang ransacking a shop while they held one person at gunpoint.

Hundeyin, who confirmed the incident in a statement, said the police trailed the hoodlums to their hideout at Ajegunle, where a gun battle ensued.

He said, “Daredevil robbers engaged operatives of the Area B Command, Apapa, of the Lagos State Police Command in a gun duel in a bid to escape arrest.

“The robbers, however, fell to the superior firepower of the police operatives. The robbers, Sodiq, aka Foreigner, recently released from prison, and Habeeb, aka Kiki, who have both been wanted for terrorising Ajegunle and its environs, were trailed to their hideout in Ajegunle, where they met their Waterloo.

“One Beretta pistol, one locally-made revolver pistol with four rounds of 9mm live ammunition, and one expended shell of ammunition were recovered from the robbers.

“The Lagos State Police Command urges youths, in particular, to desist from crimes, as the long arm of the law will always catch up with criminals no matter how long it takes.”

Commenting on the video clip, the PPRO said, “The importance of CCTV can never be overemphasised; great relief for the people of Apapa. We will not relent. See something? Say something.”