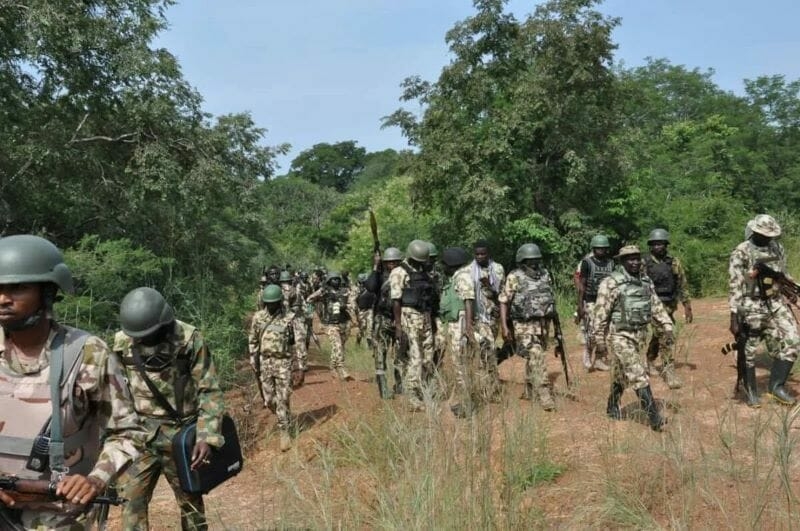 The military taskforce in charge of maintaining peace in Plateau State has disclosed that its fight against bandits in the state is yielding positive results.

The spokesperson for the Operation Safe Haven, Major Ishaku Takwa made this known while speaking in Jos in Monday after the troops of the taskforce killed eight bandits in clearance operation which they carried out in Wase Local Government Area on Sunday,

Major Ishaku Takwa, said a situation where the bandits would chase locals and force them to vacate their communities would no longer be tolerated in any part of the state.

He noted that the activities of the bandits had caused so much havoc, particularly in the rural areas.

According to him, the clearance operation against the bandits which he said started last Saturday, would continue until the bandits are completely defeated.

Takwa said, “Our men, in conjunction with the local hunters, conducted a clearance operation in Sabongari general area of Wase LGA.

“The exercise started on Saturday, and on Sunday, eight of the bandits were killed during the operation.

“In the past, we had done similar exercises and the people were going about their normal businesses, but it appears that the bandits have regrouped and are disturbing the peace in the local communities.

“So the troops are going to continue with the clearance operation, which had begun until we clear the communities in Wase and other areas of the presence of the bandits.”

Takwa solicited the support of the people to enable the military task force to achieve its objectives.

He added, “We have established Field Operational Base in Wase. But we also discovered that some locals are also conniving with the bandits to sabotage our efforts.

“Some of them who have infiltrated the communities also act as informants to the bandits. These are some of the challenges. But we are not relenting because all we need is information, and we have asked the local communities to fish out the bad elements in their midst and also give us timely information for us to protect the people. But so far, I can assure you that our efforts in the fight against bandits in the state are yielding positive results.”