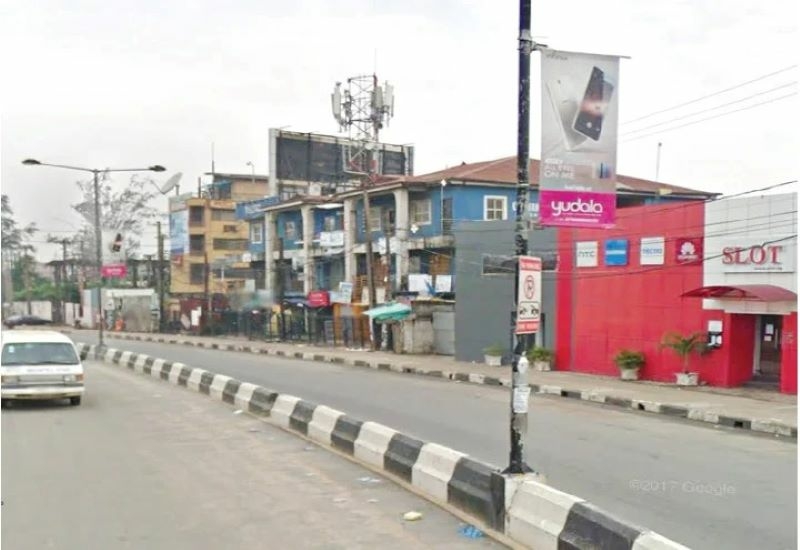 A police corporal assaulted his superior during an argument at the Simbiat Abiola Way, Ikeja, Lagos State.

The incident happened on Saturday when the yet-to-be-identified corporal confronted the superior officer, who was identified as Supol Edgar, for allegedly causing traffic at the junction linking the Awolowo Way.

According to PUNCH, the confrontation led to an argument, as the corporal punched Edgar, without prior knowledge that Edgar was a police officer who resided in a barracks close to the scene.

During the confrontation, Edgar reportedly reached out to his colleagues in the barracks, who stormed out and bundled the policeman into their premises.

The corporal was forcefully dragged into the police barracks.

The aforementioned publication reported that an eyewitness, who identified himself only as Stanley for security reasons, said the problem was caused by a tricycle rider, who tried to navigate through some vehicles at the junction.

He said, “The Supol tried to caution a tricycle rider who tried to make his way past some vehicles and that led to the traffic jam. But when the corporal saw what was happening, he angrily rushed out of his car to confront him for causing a delay. That was how the argument started between them and even when the senior officer was telling him that he was also a police officer, he did not hear him out, as he kept on slapping and punching him. That was when the Supol called someone in the barracks and they came to carry him.”

A traffic warden, who was at the spot and begged not to be identified because he was not authorised to speak on the matter, said the officer did not reveal his identity on time before the matter escalated.

He said, “I was controlling traffic when I saw a man arguing with someone in the tricycle. I approached him to know what was happening but he refused to answer me. I left him to continue what I was doing. It was later that I saw that traffic had started building up and by the time I went back to check what caused it, I saw both of them dragging each other.”

It was gathered that before the corporal was taken into the barracks, he was stripped of his clothes and asked to kneel, while other senior officers in the barracks gathered around him.

Edgar threatened to lock him up at the Area F Police Command.

The State Police Public Relations Officer, Benjamin Hundeyin, said he was not aware of the incident but promised to respond after making enquiries. He had yet to do so as of the time of filing this report, PUNCH reports.