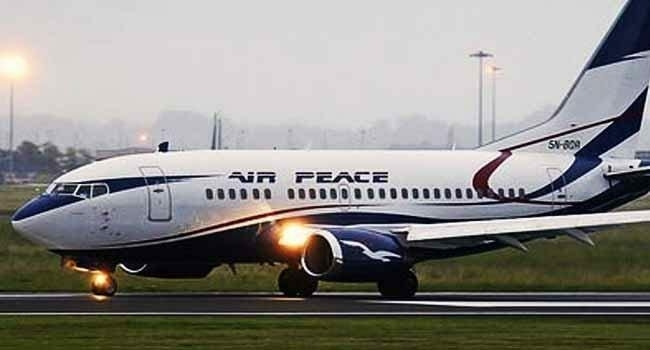 Air Peace has disclosed that it will suspend flight operations to Johannesburg from August 22, 2022.

This was contained in a statement released on Monday by the airline.

According to the airline, flights to the South African city will be halted till October 8, 2022.

According to the airline, the decision became inevitable due to delays experienced in the issuance of South African visas to travellers, which has led to a drop in the its passenger load.

“We hereby inform the flying public that effective from August 22, 2022, our Johannesburg flight operations will be suspended till October 8, 2022,” Air Peace said.

“This development is regretted but has become inevitable due to the delayed issuance of South African visas to travellers, worsening forex crunch and the increasing cost of aviation fuel as well as its scarcity.

“However, having informed the South African high commission in Lagos of the effects of the difficulty in getting SA visas by Nigerians, which consequence is the abysmally low passenger loads on our flights to and from Johannesburg, we believe that the situation will have improved within the next 60 days. Hence, our willingness to resume operations on the October 8, 2022.”

Air Peace further said passengers whose flights are affected have the option of rescheduling to fly before August 22, 2022 or from October 9, 2022.

It added that passengers can also request a refund via call center @flyairpeace.

“We apologise for the inconveniences caused and will keep the public updated while we hope the situation improves,” Air Peace said.

Nigeria’s aviation sector is dealing with numerous challenges including the pang of aviation fuel hike, and worsening FX scarcity, which are negatively affecting operations, and increasing costs for airlines.