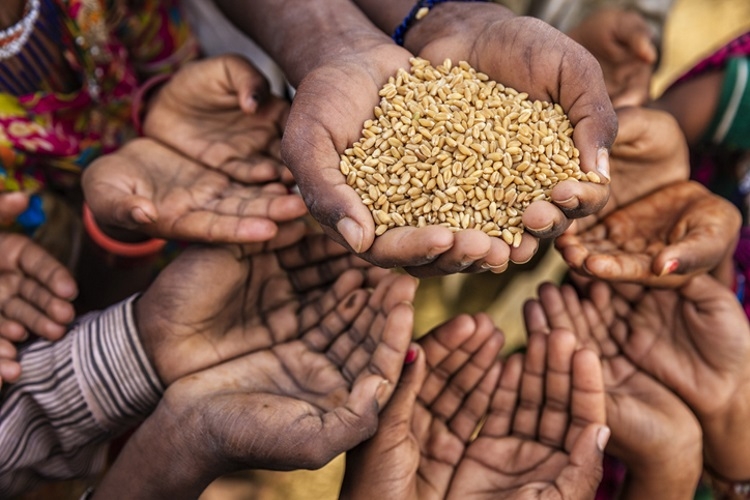 President of African Development Bank (AfDB), Akinwumi Adesina has disclosed that the firm is set to deliver climate-adapted, certified wheat and other staple crops seeds to 20 million farmers.

Adesina said this in a document titled, ‘Averting an African food crisis: The African food production facility’ released on Monday in Abuja.

He said the initiative would tackle the food crisis in African countries including Nigeria, adding that the delivery of seeds and increased access to agricultural fertilizers would be done through the bank’s African emergency food production facility.

Adesina said within the next two years, the facility would allow farmers to produce 38 million additional tonnes of food, adding that the plan was a 30 percent increment in local production worth an estimated $12 billion.

He also said the facility would support enhanced governance and policy reforms.

“From the onset, the African Development Bank realised the strategic need to tackle the devastating impact of the war on Africa’s food security,” Adesina said.

“It is important to prevent unrest and even more human suffering. In May, the bank established a $1.5 billion African emergency food production facility.

“In less than 60 days, it put into action $1.13 billion worth of programmes under the facility across 24 African countries.

“Half a dozen more programmes are expected to get underway by September as more governments apply to the facility.

“Africa needs seeds in the ground and mechanical harvesters to harvest bountiful food produced locally. Africa will feed itself with pride because there is no dignity in begging for food.”

He said the price of wheat had soared in Africa by more than 45 percent since the war in Ukraine began, noting that fertilizer prices had also gone up by 300 percent while the continent faced a fertilizer shortage of two million metric tonnes.

“Many African countries have already seen price hikes in bread and other food items,” Adesina said.

“If this deficit is not made up, food production in Africa will decline by at least 20 percent and the continent could lose more than $11 billion in food production value.

“The bank will provide fertilizer to smallholder farmers across Africa over the next four farming seasons.

“This will be done using its convening influence with major fertilizer manufacturers, loan guarantees and other financial instruments.”

Adesina added that the bank would create a platform to advocate critical policy reforms to solve the structural issues that impede farmers from receiving modern inputs.