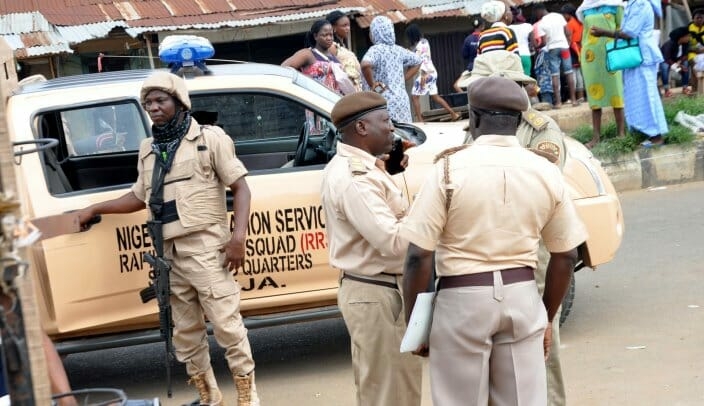 Addressing newsmen on Wednesday at the NIS Headquarters in Dutse, Aliyu disclosed that the bandits attacked the officers while on patrol along Galadi– Birniwa axis.

According to him, the incident happened On Tuesday August 9, 2022, at about 2320hrs when the bandits numbering about five arrived at the patrol base on two motorcycles and attacked the officers.

“One was carrying three people and the other one was carrying two people and immediately on arrival, they opened fire on the Immigration officers on patrol, which resulted in the death of one of the staff named Abdullahi Mohammed (CIA) and two others sustained bullet injuries”

He said the injured officers are Abba Musa Kiyawa (DSI) and Zubairu Garba (AII) while three other officers escaped the attack after their encounter with the bandits.

Abba said as a result of the exchange of fire, the bandits fled into the bush and abandoned their motorcycles and handset.

He said the two wounded staff were referred to the hospital for medication.

The comptroller noted that the recovered motorcycles and handset will be handed over to the police for further investigation.

He also appealed to the citizens to support the security agencies with any meaningful information that will help in arresting the criminals.