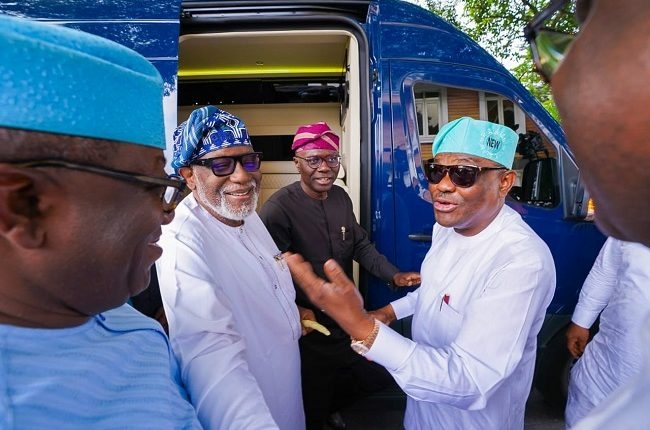 Governor of Rivers State, Nyesom Wike has disclosed his reasons for inviting members of the opposition political parties to commission projects in the state.

Wike said he wants them to come and see what he has done and take the message back home.

This was made known by Wike during the commissioning of the Ogbunuabali Eastern Bypass dualized road in Port Harcourt on Tuesday.

The Governor said, “Nobody can stop me from bringing people from other walks of life to see what we have been able to do, and what we are doing in Rivers state.

“Yesterday, the governor of Lagos State, Babajide Sanwo-Olu was here. Today the former Governor of Sokoto was here, on Thursday the Speaker of the House of Representatives will be here to commission the assembly residence.

“Go and see the wonders that God helped us to do.

“Whether you are in Labour Party, APC or PDP, it is to invite you to come and see, and then go back home and compare”.

He said, “If we see anybody who wants to stop us from producing the next government at the centre, then the person needs to know what he is fighting for.

“If you stop us from working for Atiku, that is anti-party to the highest level, I stand to be corrected.