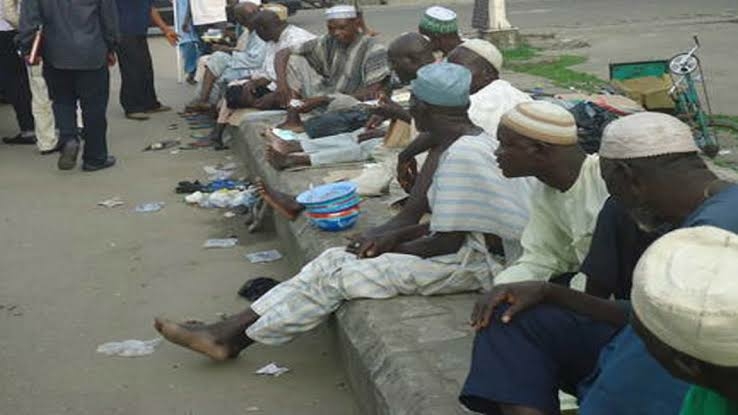 The federal government of Nigeria through the Ministry of Humanitarian Affairs, Disaster Management and Social Development on Thursday began the map-out project to mitigate destitution and street begging in Nigeria.

The minister, Hajia. Sadiya Umar Farouq, noted during the flag-off ceremony of the project in Jalingo that the idea was part of the ministry’s efforts to tackle the daily increase of destitution and street begging in the country.

The minister who was represented by the Director of Social Development in the ministry, Mr Taiwo Ademola, decried the growing level of destitution and street begging in Nigeria and described it as a matter of grave concern and a national embarrassment.

The minister said the exercise was targeted at 50 destitute, children, and vulnerable who will be drawn across the 16 Local Government Areas in Taraba State.

According to her, the mapping out exercise was expected to critically provide baseline scientific information that is required for improving health conditions and development of a vocational training intervention programme for beggars with a view of contributing to the economic growth in the society before the deployment of a vocational training for the beggars and the destitute in the state.

“The Federal Ministry of Humanitarian Affairs, Disaster Management and Social Development has as one of its mandates to manage the formulation and implementation of fair focused social protection and inclusion programmes in Nigeria, is primarily focusing on the vulnerable populations in Nigeria across all regions.

“It is well known that the most affected of the vulnerable populations are women and children, and it is our mission to empower these sections of the population through a variety of means.

“This exercise is targeted at Fifty (50) Destitute, Children, and Vulnerable who will be drawn across the Local Government Areas in Taraba State. It is also expected that the mapping out exercise will critically provide baseline scientific information that is required for the improvement of health conditions and the development of a vocational training intervention programme for beggars with a view of contributing to the economic growth in the society before the deployment of vocational training for the beggars and the destitute in the state”.

“There is an unprecedented increase in the number of beggars and the destitute in urban areas. Several scholars have suggested that begging and destitution are associated with Low and medium-income Countries (LMICs), faulty socioeconomic, and weak health systems’ historical background.

“In spite of the fact that street begging constitutes a nuisance to the health, physical and social environment of cities, the continuing reliance on the activity as a means of livelihood amounts to a waste of human resources and impacts negatively on the health of the beggars,” the minister decried.

Earlier, Taraba state commissioner for Social Development, Mrs Hauwa Andeyasto commended the federal government and the Ministry for the initiative and urged the participants to take advantage of the provisions to improve their wellbeing.

She revealed that the state government had earlier years back, taken the steps to address the menace through several youth and women training and empowerment schemes that had in no small measure helped to take several youth and children off the streets.

The commissioner, however, expressed worry that the problem has remained a major concern as some people were making it a career with an increasing spectrum of techniques deployed often to even defraud unsuspecting members of the public.