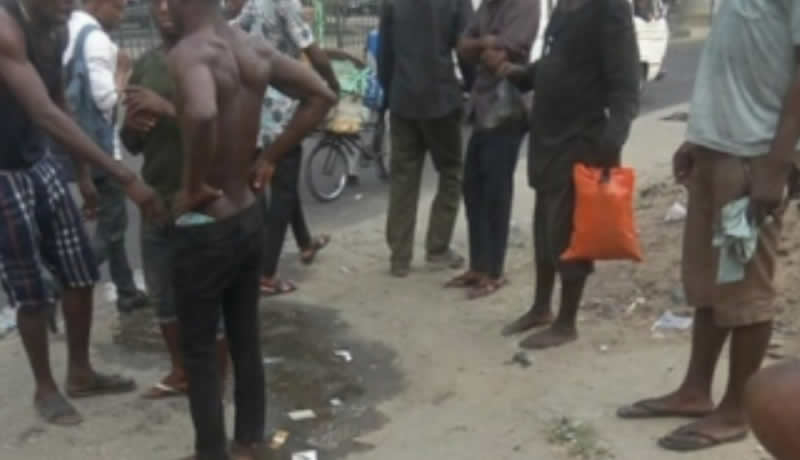 Depict - spectators at a scene of pandemonium

A suspected thief stabbed a woman to death with a knife while trying to snatch her phone in Mararaba, Karu LGA of Nasarawa State.

According to Daily Trust, a witness, Sunday Ruth, said that the incident happened on Tuesday around 8pm.

She said, “The lady alighted from Keke NAPEP and was trekking. The man attacked her from behind and snatched the phone she was holding. I was watching from a distance. While she was struggling with him, he brought out a knife and stabbed her repeatedly and ran away.

“I raised alarm. We chased the guy but couldn’t catch him. She was rushed to the hospital where she was confirmed dead. I learnt the case has been reported to the police.”

However, the police in the area declined comment on the incident.