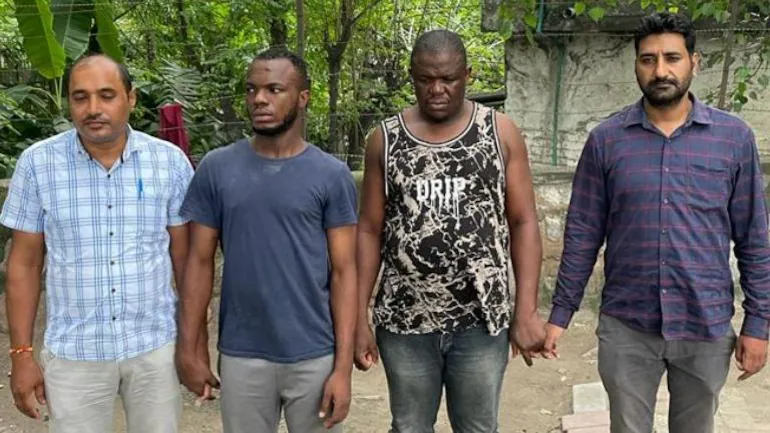 Two Nigerians have been detained by the police in India over their alleged involvement in supplying large amounts of marijuana and methamphetamine in the Delhi National Capital Region (NCR).

According to India Today newspaper, the duo identified as Harry, alias Ifeanyi, 26, and, Obiora, 50, were arrested by the Delhi Police Crime Branch at Vasant Kunj.

The suspects were accused of delivering about ”355 grams of methaqualone and 5 kg of ganja” to an unknown dealer, the report says.

The Assistant Commissioner of Police, Raj Kumar, according to the report, had received confidential information that the two accused Nigerian drug suppliers would supply cocaine to an unknown person between 10 and 11 p.m.

The police boss said the seized drugs found on the accused are worth millions in the international market.

The police also disclosed that they discovered that the two Nigerians entered India from Nigeria on three-month visas and continued residing in the country illegally after their visas expired.

”Officials stopped both the accused when they arrived to make the sale. When stopped by the team, the foreigners panicked and escaped into the lanes. Thereafter, both of them were apprehended.

”It was found that both the accused came to India from Nigeria on a three-month visa. After the visa expired, they continued to live illegally in the country.

According to the report, the duo have been arraigned before the Tis Hazari court on Thursday and have also been remanded to five days in police custody for further investigation.