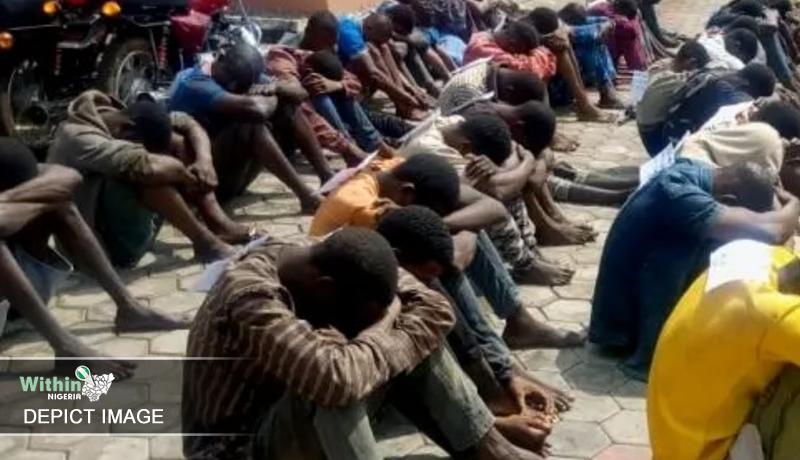 On Friday, the FCT Administration detained 480 suspected criminals from unfinished structures and undeveloped land in the Maitama and Wuse II neighbourhoods.

The task force commander, Mr. Bennett Igweh, stated that the suspects, who were mostly men, had made green spaces, undeveloped parcels of land, and vacant homes their haven for crime.

Igweh stated that the team would do whatever it took to purge the city of any criminal elements endangering the FCT’s peace.

He added that the suspects were found to be in possession of police uniforms, cellphones, a loaded gun, machetes, and charms by the task force.

“We arrested about 480 suspected criminals. We are going to take many of them to court.

“We’ll do thorough profiling because we suspect that some of them are escapees from the Kuje Correctional Centre.

“We are starting from the city centre, and we will extend the arrests to other areas.

He added that the exercise will cover 21 satellite villages and towns from Kabusa to Gishiri to Waru and to Wasa and others in the FCT.