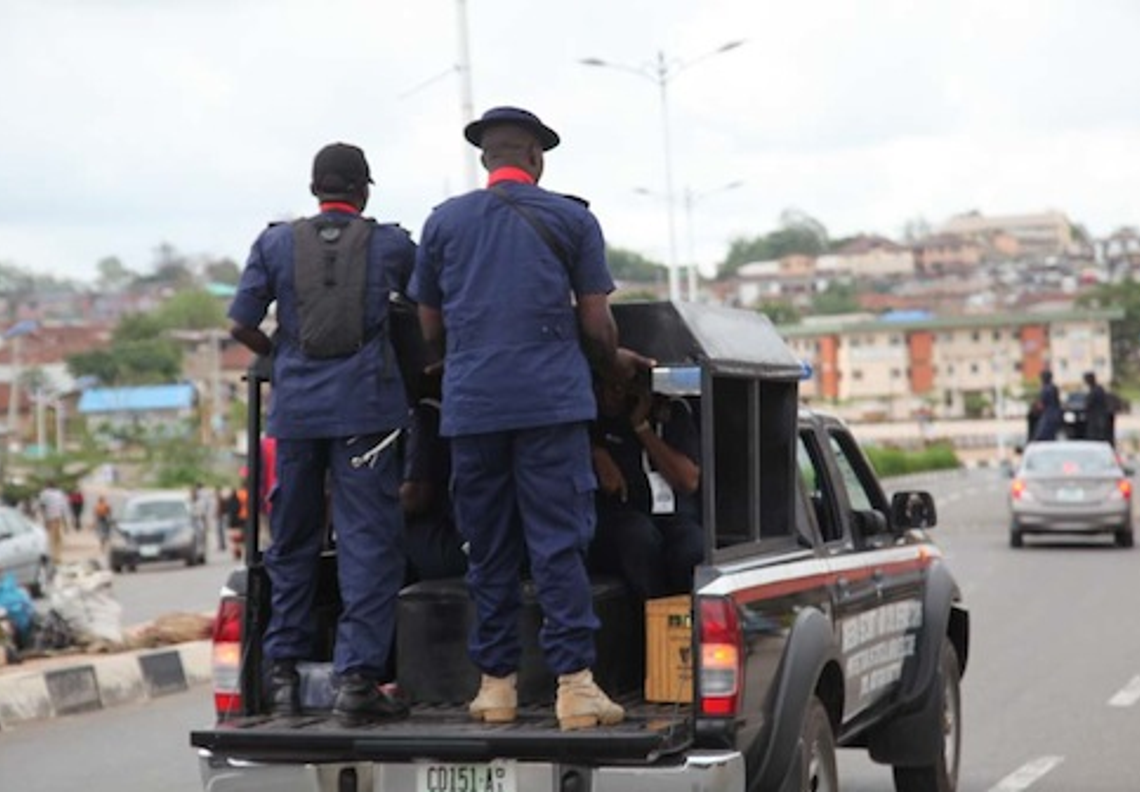 According to the Nigeria Security and Civil Defence Corps (NSCDC), operatives of the corps on Thursday arrested and turned over suspected drug dealers to NDLEA officials in the Federal Capital Territory.

According to him, the four suspects—Samala Salisu, 20, Hamidu Musa, 27, Nura Saidu, 40, and Nura Aliyu, 45—were received by the FCT commander of the NDLEA, who was represented by Deputy Commander Ayodeji.O. Asa.

He claimed that while selling illegal drugs and substances, the four suspected drug dealers were caught.

He claimed that while on patrol in the Karu, Mararaba axis of the region, the CG’s response team and the FCT Intelligence response team apprehended the suspects.

The arrest, he said, became possible due to public collaboration through information given to the corps, just as he further pleaded with the general public to always disclose useful information to the corps about the activities of criminals and other illicit drug suspects.

Confirming the arrest and handover of the suspects, Ayodeji said the two agencies had synergized in different ways, adding that further investigations would be carried out, alongside testing and weighing of the substances, and those who are culpable will be prosecuted accordingly.