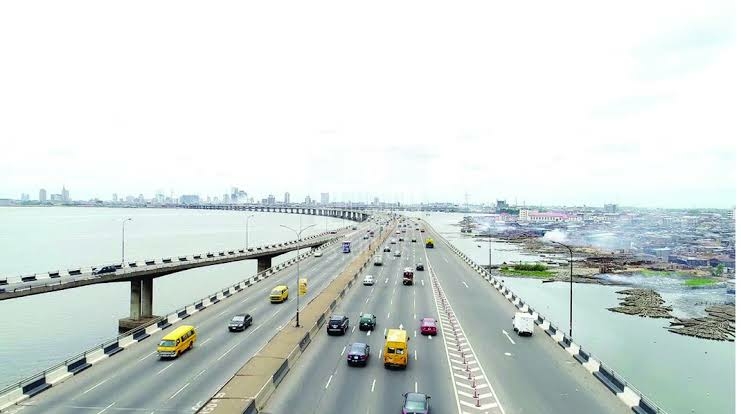 Lagos State Government has announced a seven-hour traffic diversion on Sunday, as the Lagos State Public Works Corporation schedule a planned rehabilitation of a failed portion of the Third Mainland Bridge.

The rehabilitation is slated for between 9:00 am to 4:00 pm on Sunday. Commissioner for Transportation, Dr. Frederic Oladeinde explained that traffic will be diverted from one lane to another, at the identified failed asphaltic sections on the Bridge.

He stressed that this was expedient to solve tailbacks along the bridge during the peak periods as a result of the failed sections.

Oladeinde assured that the State’s Traffic Management Authority, LASTMA would be on the ground to direct traffic to ameliorate the inconveniences.

The statement implored motorists to be patient as the measures taken are aimed at providing quality and safe road infrastructure for everyone.

Similarly, the state government has announced a traffic diversion on the Akin Adesola Junction to Lekki Roe Expressway from Monday, July 15, 2022, for the third phase of repair works on Adeyemo Alakija Street and its environs.

Oladeinde, who disclosed this on Friday, said the second phase of the repair had been completed and that it was expedient to commence the third phase immediately.

He further stated that Traffic inbound Adeyemo Alakija from Ozumba Mbadiwe or Lekki Expressway will have to make a turn left into Adetokunbo Ademola Idowu Taylor to link Akinbo Savage Street, Adeola Hopewell, and Idowu Taylor to access their desired destinations.