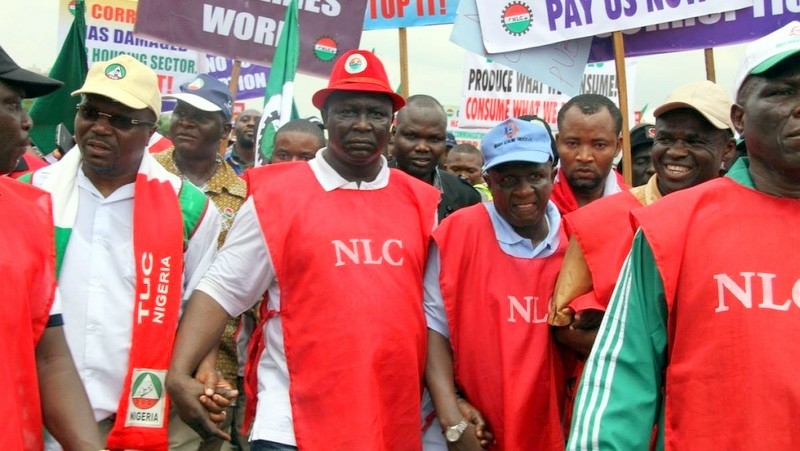 The Nigerian Labour Congress has called on the federal government to raise taxes across the board for the ‘rich’ and ensure that governors above 50 years resign.

The recommendations were made by the union via a letter signed by Ayuba Wabba, NLC’s president and sent to President Muhammadu Buhari.

The letter, dated August 8th, was in response to recommendations made by Nigerian governors in July.

As part of the recommendations, the governors had asked the FG to raise VAT to 15 percent and offer public workers older than 50 years a one-off retirement package to avert the looming economic crisis.

The governors’ proposals were said to be part of coordinated efforts to instill fiscal discipline and prevent the nation from imminent economic collapse.

But NLC said the implementation of the retirement proposal would lead to the sacking of about a quarter of the public sector workforce.

“Pursuant to this, if state governors strongly believe that age 50 is the problem, we demand that all governors, public office holders and politicians above 50, as a mark of good faith, should immediately step aside. Leading by example would spur public servants to take a cue,” the letter reads.

Due to current global realities, the workers’ union asked the federal government to make a 50 percent salary review.

“While we commend you for your thoughtfulness for a wage increase, the truth of the matter is that given the misfortune that has befallen the Nigerian populace, especially workers with fixed incomes, there is an urgent need for a massive intervention much deeper than the 22 percent. We would recommend a 50 per cent salary review across the board given the realities on the ground,” the union said.

Speaking on the governors’ proposal on the increment of value-added tax (VAT) levels to 10 percent with a timeline to further raise it to 15-20 percent and introduction of a flat rate of 3 percent, the union said it would adversely affect the underprivileged.

“These recommendations seek to make the poor pay more taxes while the rich pay little or nothing in clear violation of the well-known norm of the rich paying taxes to cover up for the poor.”

It urged the federal government to “raise taxes across the board for the rich, including increased taxes on luxury goods and lifestyles”.

Speaking on the governors’ suggestion that foreign trips by MDAs, including budgetary-independent agencies, the union said it does not canvass for a total ban.

“Foreign trips ordinarily serve their useful purposes, but they have been abused by MDAs, especially budgetary-independent agencies such as the CBN, FIRS, NPA, MIMASA, NCC, NITDA and other blue-chips. This acts as a big drain on our resources. Accordingly, while we do not canvass for a total ban, there should be some control, a limit to foreign travels. The number should be pegged per year until we have a turn-around,” it added.

The union disagreed with the governors on petrol subsidy removal, saying it “could lead to unintended consequences which we would be better off without”.

“Truth is that the little benefit the average person in Nigeria enjoys could lead to unintended consequences which we would be better off without,” it said.

“The solution to subsidy and the ballooning deficits lies in domestic refining, effective management of our refineries, and creating an enabling environment for effective and efficient public sector leadership in the building and management of local refineries.”

“We do concede that a quick and enforceable resolution of the conflicts around ownership of gas in various entities is key to freeing up investment space for foreign direct investment and local businesses in the country.

“Sadly, prolonged inter-agency fighting has become a familiar feature of your government. You would need to put your foot down pending the paperwork.”

It, however, supported the governors for quick implementation of the updated Stephen Oronsaye Report.

The union also supported the governors’ suggestion for the centralization of the collection of all federal oil and non-oil taxes in one agency.