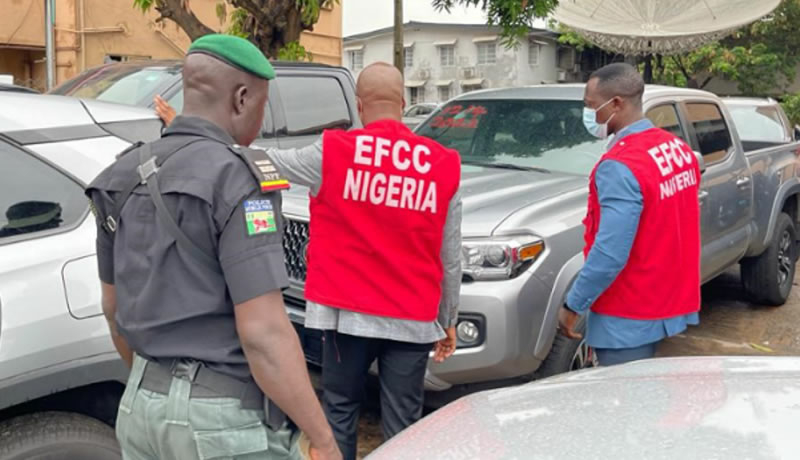 The EFCC spokesperson, Wilson Uwujaren, who disclosed this in a statement on Saturday said the seven suspects were arrested at a hotel close to a popular mall in Ilorin.

He said among the suspects were two clerics and a serving corps member.

Uwujaren explained that preliminary investigations revealed that the two clerics were hired and lodged in the hotel to offer spiritual help to the arrested suspects.

He further mentioned that the suspects, who had volunteered useful information, would be charged to court after the investigation.

“The fact that the rate of unemployment is high should not be an excuse to resort to crimes. Acts of criminality may deliver wealth in the short term, but ultimately there will be misery and gnashing of teeth,” said Bawa.